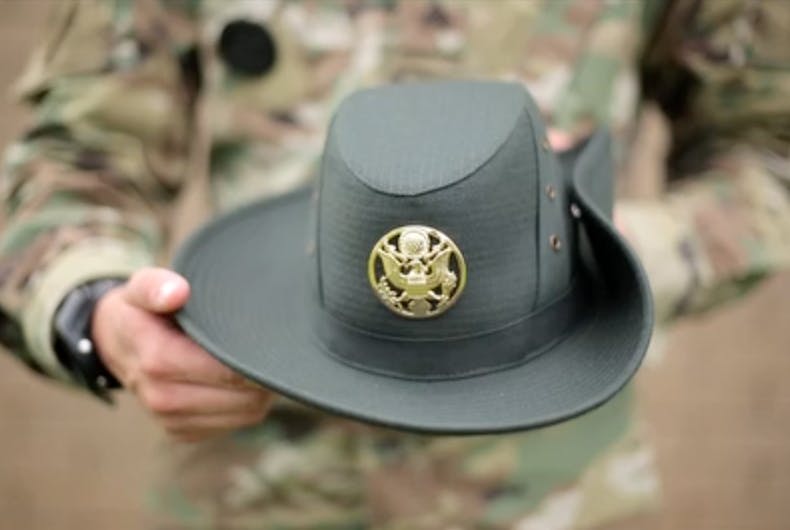 Today, transgender people can legally be fired from their job in 32 states. Last week North Carolina failed to overturn the discriminatory HB2, also known as “the bathroom bill.” Yet the most gender binary, policy rich, largest employer of trans people in America, the U.S. military, now allows transgender troops to serve openly.

This is huge. And this change didn’t come easily. After the repeal of “Don’t Ask, Don’t Tell (DADT)” experts thought it would take around 20 years to change the trans ban.

And yet here we are now living under a soon-to-be Trump-Pence administration and an estimated 15,500 transgender people can continue fighting for and protecting America’s freedom. Freedom they don’t have equal access to across our country.

But in the same way DADT led to marriage equality, open trans service can lead to civilian trans rights too. Now we’ve demonstrated transgender people can use the bathroom without an issue in Kandahar, surely we can demonstrate that using the toilet in Target isn’t a problem?

The National Center for Transgender Equality (NCTE) recently recognized that for transgender people in their recent survey, there are “disturbing patterns of mistreatment and discrimination .. when it comes to the most basic elements of life, such as finding a job, having a place to live, accessing medical care, and enjoying the support of family and community.”

These “basic elements of life” are things all people — trans and cis — find in the military. Maybe this is an indication as to why trans Americans are two to three times more likely to serve than their fellow cisgender civilians.

2016 has been a monumental year for transgender service members. Through collaboration, visibility, and daring to share their stories up the ranks, trans people changed the U.S. military.

So while we click and share listicles of LGBTQ achievements this year, let’s not forget the historic accomplishments of transgender troops.

After the break is more information and photos, but here’s a quick video highlighting ten ways transgender service members led the fight for equality in 2016.