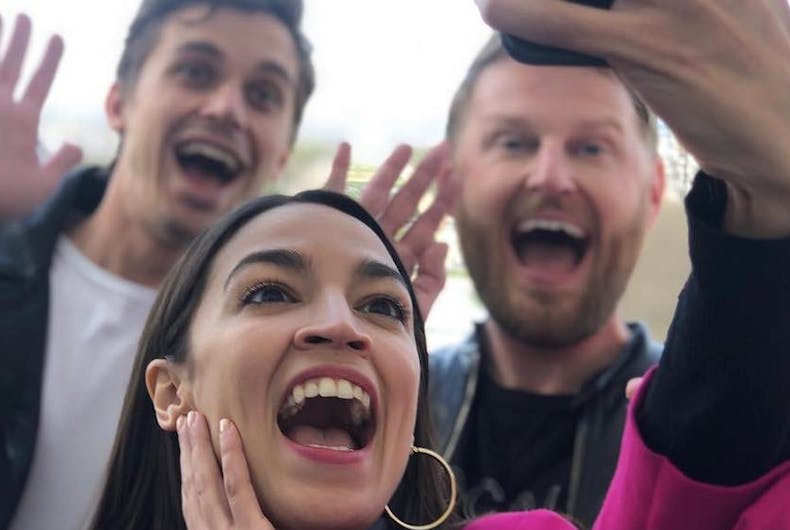 However, one report suggests that Queer Eye‘s missing fifth member, “culture guy” Karamo Brown, may not hold the same political views as his colleagues.

The visit apparently came out after “design guy” Bobby Burke offered to re-decorate Ocasio-Cortez’s congressional office after she posted a video of herself assembling IKEA furniture in her office. In response, she told him to “swing by,” and he apparently did with the others.

Hey @AOC! I’m in DC all week girl! Put me to work! “Have time… will work for democracy!”

Swing by our office!

We’ve barely had time to hang anything up, three of my staffers are expecting babies, and we’ve got a bach pad/warehouse type situation out here. ? SOS!

(The good news is that people are leaving a rainbow of positive post-its on our wall so that’s cute) https://t.co/vOHE6tHuMA

After their visit with the New York legislator, “Grooming guy” Jonathan Van Ness tweeted, “We have the most diverse American congress ever, I’m lifted up in seeing that a United States that values Equality & protection for all is currently fighting for that. We’re making it rain pantsuits & equality in 2020.”

In a picture with Ocasio-Cortez posted in Instagram, food guy Antoni Porowski wrote:

Both of us previously waiters. Today, one of us is championing for The Violence Against Women Act, ending the privatization of prisons, enacting gun-control policies and abolishing U.S Immigration and Customs enforcement, while the other regularly contemplates what kind of cheese to end the day with. Guess who’s who!

Ocasio-Cortez also tweeted out some images (including one of her walking hand-in-hand with Van Ness) and the message, “Thank you for visiting + helping us push for the #EqualityAct, & be there to watch Congress pass the Violence Against Women Act & War Powers Resolution to end U.S. involvement in Yemen. Justice happens together.”

The men also met with a few other Democratic lawmakers. Pelosi shared an image of herself with the Queer Eye guys too.

Brown didn’t attend, despite his previous work in politics. The Washington Post states that Brown has worked the “past couple of years with California representatives and the state assembly…. and President Barack Obama twice.”

Related: Sally Field speaks out for the Equality Act in a heartwarming video you have to watch

During his colleagues’ visit with Ocasio-Cortez, Brown tweeted, “The thing I love about the #Fab5 the most is that we all don’t hold the same view but we respect each other and the process.”

He continued, “For me, it’s important to champion leaders who understand the importance of speaking the truth and who also understand that our democracy is a bipartisan system & in order to see sustainable change. U must find a way to work w/ the other side while not disrespecting your own party.” 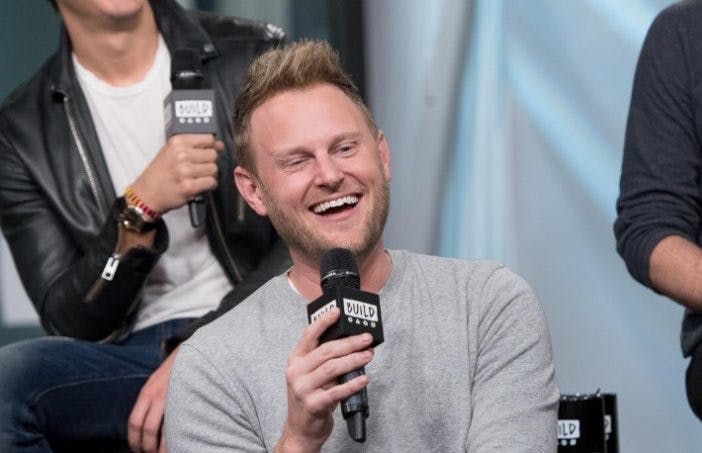 Bobby Berk, the design guru from Queer Eye, offered to decorate a U.S. Representative’s office… and she might take him up on it. Berk sent…