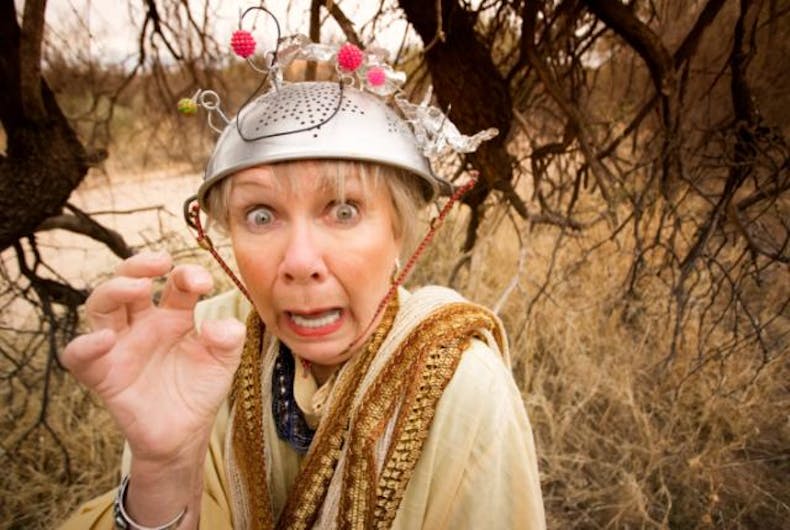 The truth is out there.Photo: Shutterstock

Another day, another right-wing conspiracy theory. There’s one for everything the conservative mind can’t wrap itself around.

Just this week, a suspect in the bombings that killed two people and injured several more in Austin, killed himself as police closed in on him. Already, right-wing conspiracy theories abound that the suspected bomber was a leftist “Antifa” member, or the son of Senator Tim Kaine, a democrat.

Some conspiracy theories are just silly. Some are relatively harmless. The real danger is when people start believing them and acting on them.

Here are some of the craziest right-wing conspiracy theories we’ve heard, brought to you by the same people who introduced us to phrases like “false flag” and “crisis actor.”

In November of 2016, a Reddit a user’s post touched off a somewhat convoluted conspiracy theory that Comet Ping Pong, a D.C. pizza parlor with vague connections to Democratic presidential nominee Hillary Clinton, was the hub of a secret child exploitation ring.

It’s not, of course. But that didn’t stop one armed wingnut from entering the restaurant and firing a few shots.

Last February, conspiracy theorist Alex Jones’s InfoWars website posted a story that former president Barack Obama was commanding an “army” of 30,000, as part of a plot against the current White House resident.

Organizing For America, which supported both of Obama’s presidential campaigns, boasts in the neighborhood of 30,000 members. But it hardly constitutes an army ready to storm DC.

Never mind that the Trump administration is doing an excellent job of undermining itself without any outside help.

Right-wing conspiracy theorists have linked anti-fascist activists to all kinds of violent acts that never took place. The most famous of these was the uprising that didn’t happen on November 4, 2017.

According to a viral video, that was the date when Antifa “super soldiers” would go door to door stealing guns and killing white people, as part of the anti-Trump resistance. Apparently, there weren’t any “crisis actors” available for this one.

This one is more of a phenomenon than a one-time event. It occurs after every mass shooting, but the most memorable occurrence came after the 2012 massacre at Sandy Hook Elementary School in Newtown, Connecticut.

Alex Jones became convinced that the entire shooting was a hoax, a “false flag” stage by gun control advocates to bring about tighter restrictions on gun ownership. Jones even convinced some of his followers that the 20 children and six adults killed were actually “crisis actors.”

As a result, the families of victims have been harassed by right-wing activists who claim their sons and daughters never even existed. More recently, students survivors of the shooting at Florida’s Marjorie Stoneman High School were attacked by right-wing media as “crisis actors” who travel to the sites of mass shootings to incite anti-gun sentiment.

As laughable as these ideas are, they’ve seeped into our political culture, and become weaponized by ardent belief not just among rank and file conservatives, but by conservative leadership — all the way up to the Oval Office.

Survivors and the families of victims of major tragic events are now subject to public attack. Even perfectly innocent pizza parlors aren’t safe. What’s next?

Cancel reply
5 of the craziest, most dangerous right-wing conspiracy theories so far