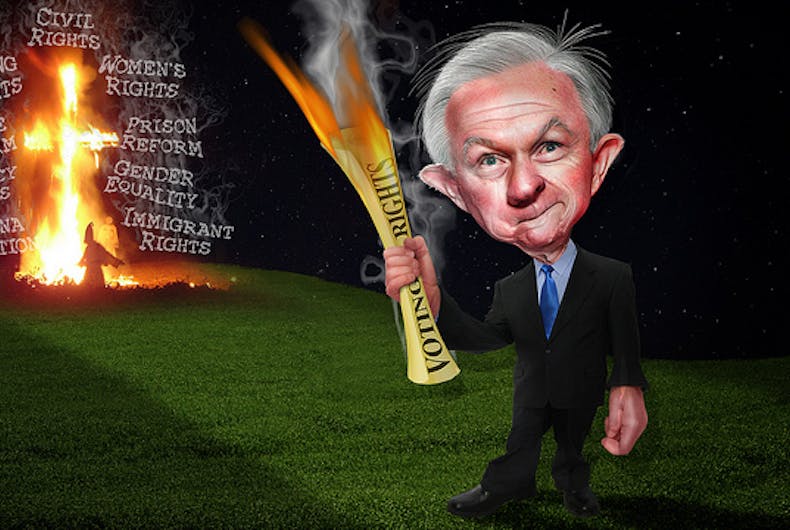 The Trump White House has the highest turnover rate in a century, but it’s still not nearly enough. Here are some people we’d like to see hit the bricks with pink slips in hand.

A three-term congressman from Kansas, picked by Trump to head up the CIA a year ago, then tapped to replace Rex Tillerson as Secretary of State, we’d just as soon Pompeo didn’t get too comfortable in his new digs.

Aside from consulting with Family Research Council chief Tony Perkins, Pompeo has a long record of anti-LGBT positions, from denouncing the Supreme Court’s marriage equality ruling to claiming that same-sex parents are “less than ideal.”

Where to begin with neo-confederate Jefferson Beauregard Sessions III? Since taking over the office, Sessions has led the charge against LGBT equality. His first act was to rescind the Obama administration guidance clarifying legal protections for transgender students.

Sessions reversed a government policy based on decades of case law that transgender people are protected from discrimination in the workplace under Title VII of the Civil Rights Act. He issued a directive undercutting LGBT protections, by lifting the burden from religious objectors to prove their beliefs about marriage are sincerely held.

Perhaps we’d like him to hang around until special counsel Robert Mueller finishes his investigation, but beyond that, he can’t be gone soon enough.

You don’t have to be a brain surgeon to run the Department of Housing and Urban Development, but it helps to know something about housing policy. Ben Carson fulfills the former, but not that latter.

Loyalty trumped experience in his appointment. Either that or he was picked because the department has the word “urban” in its name and Carson is, well, “urban,” if you know what we mean.

As HUD secretary, Carson recently defended delays in protections for transgender individuals in homeless shelters, because “there are some women who said they were not comfortable with being in a shelter” with “somebody who had a very different anatomy.”

The former Texas governor, who once called Trump a “cancer on conservatism” now heads an agency he famously forgot he wanted to eliminate during a Republican primary debate. What he lacks in qualifications for the job he makes up for with his anti-LGBT record.

Perry has linked homosexuality with alcoholism and supported “ex-gay” therapy. We’d like to see him put his boots on and amble off into the sunset.

A long-standing opponent of public education, DeVos seems like the ideal pick to head the Department of Education. Besides seeking to cut public education to the bone, DeVos doesn’t know or care much about discrimination against students of color and declined to take up discrimination against transgender students. Along with her abysmal performance on “60 Minutes,” there are plenty of reasons DeVos should be expelled as education secretary.

Donald Trump claimed that he only hires “the best” people. If these cabinet members are an example of the best he could find, the only thing more worrisome is just who might replace them should they be the next to go. 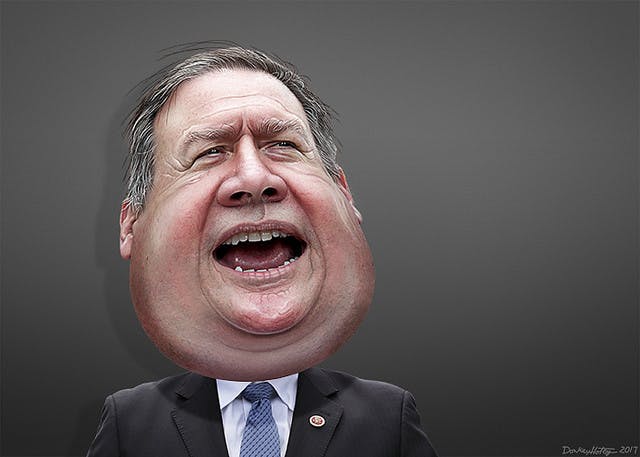 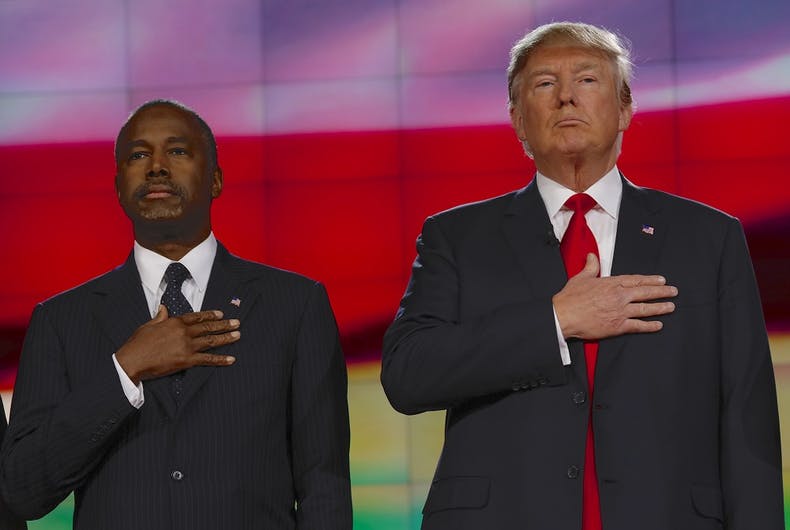 HUD Secretary Ben Carson and Donald Trump both ran in the 2016 Republican presidential primary.Photo: Shutterstock The Trump administration announced that it is close to…