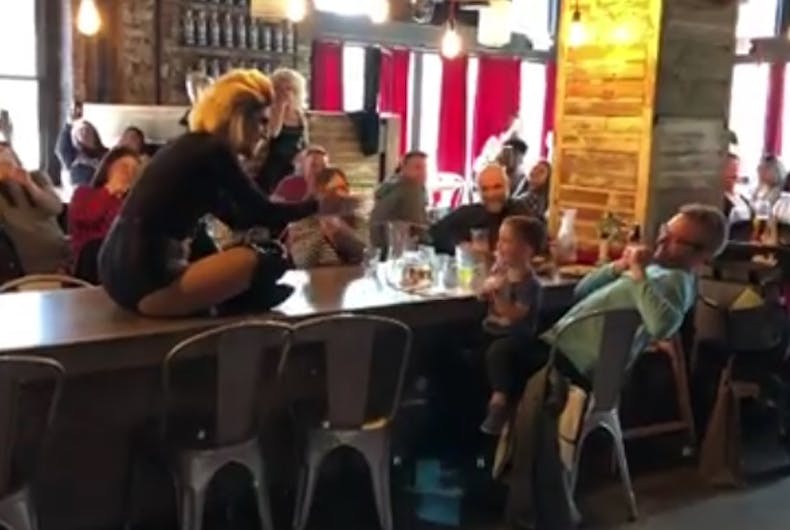 A video of a drag queen performing “Baby Shark” for a two-year-old has gone viral.

Marti Gould Cummings is a drag performer in New York City and she was working at a drag brunch this past Saturday.

She went around the tables asking people for lip sync requests.

“I asked the little boy what he wanted to see performed, because he had been paying attention when I got to their table, and he asked for ‘Baby Shark.’”

“The DJ quickly found the song online and we added it to the playlist for him.”

In the video, the kid is clapping along with the song.

The video has been viewed over 620,000 times on Twitter and has gotten mostly positive responses, with a few people saying that children should not be watching drag performances.

“Anyone who thinks drag isn’t for children is wrong,” Cummings told NBC.

“Drag is expression, and children are such judgment-free beings. They don’t really care what you’re wearing, just what you’re performing.”

Cancel reply
A drag queen was performing when a toddler asked if she’d do his favorite song. Then magic happened.