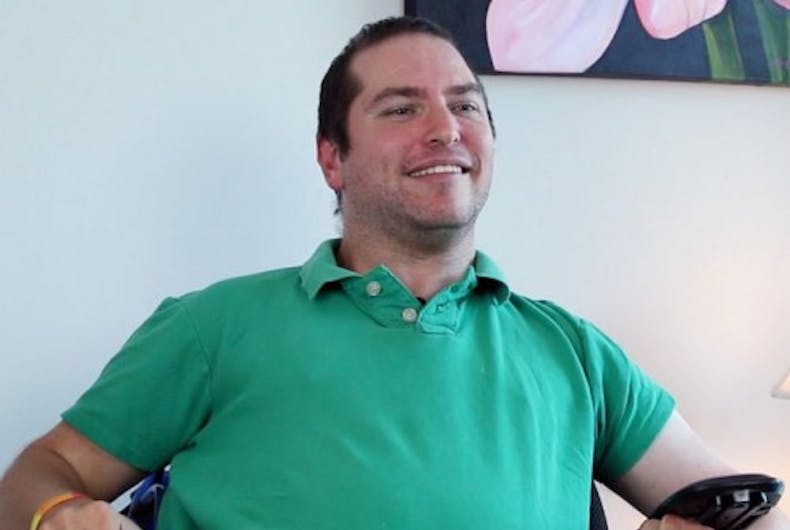 Gurza tells LGBTQ Nation that a few European media outlets, the BBC and The New York Times have all interviewed him or covered his campaign.

Approximately one in five Americans has a disability, and aging and illness ensure that we’ll all experience a physical or intellectual disability at some point. As such, Gurza has long pushed for greater disabled inclusion in media, social and sexual spaces through his podcast Disability After Dark and his Twitter feed.

Gurza has cerebral palsy, a congenital disorder that can impair movement, muscle tone and posture. He says navigating a sex life can sometimes be a “nightmare” for people with disabilities.

Along with the hashtag’s many users, many LGBTQ people with disabilities and people with invisible disabilities have shared images too. Here’s a small sampling of queer and non-queer people posting #DisabledPeopleAreHot pics.

“My cerebral palsy… changes the way the world is, and there’s no way around that,” Gurza continues. “But what there is a way round is people’s reactions.”

In addition to promoting the the hashtag and podcast, Gurza is currently crowdfunding a disabled-friendly sex toy, has helped advise on a gay adult video shoot involving a quadriplegic man, has discussed how queer sexual spaces can be more disabled-inclusive and provided netiquette for flirting with people with disabilities.

In 2015, Gurza organized “Deliciously Disabled,” a 125-person disabled-inclusive sex-positive event in Toronto which featured DJs, burlesque performers, “lots of booze” and a place where disabled people could make out. The event provided assistants to help people get in and out of their assistive devices and had its own hashtag: #DeliciouslyDisabled.