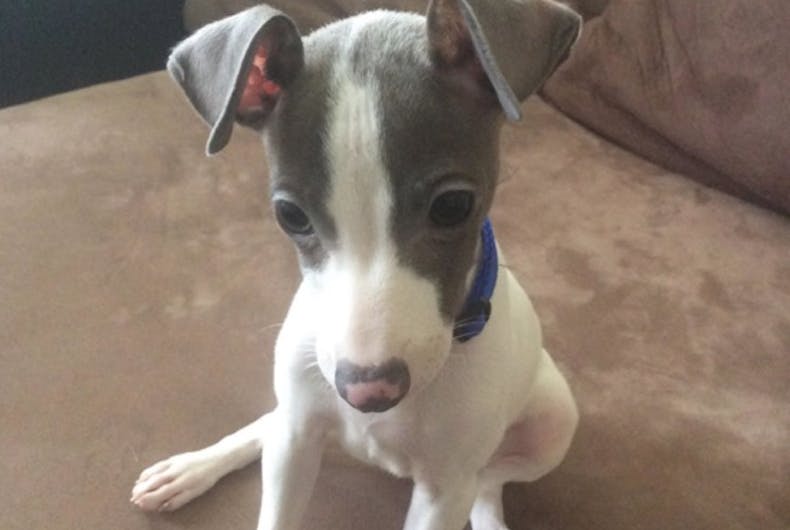 This puppy may not be gay, but it IS adorable.Photo: Twitter

Twitter user chaselyn shared some screenshots of a conversation her friend had – and it has taken the social media site to the dogs. Gay dogs, that is.

“my friend was talking to this guy and she joked that his dog could be gay and,” chaselyn wrote.

What follows are screencaps of one of the most ridiculous displays of homophobia possible. The dude, Eric, flips out at her friend’s joke.

Chaselyn’s friend: Maybe he’s gay
Eric: He is definitely not gay
CF: [How] do you know
Eric: Because I do
CF: How?
Eric: Lol look. He’s NOT gay. I don’t believe in that silly shit anyway
CF: Are you homophobic[?]
Eric: No but don’t call him gay. Even imposing that idea is trying to create something that’s not there
CF: You sound homophobic
Eric: You must be slow. You’re calling my dog gay when you don’t know me and you don’t know him. You’re forcing the fucking idea of him being gay when that was never being spoken about. So stop trying to impose your ideas on my life and my animal. Period.

chaselyn’s tweet also features a picture of one of the cutest dogs on the planet. The Italian greyhound puppy may not be gay, but it quickly spawned lots of love from users – and their gay dogs.

And, of course, we’ve put the cutest pups together for you. Because we’ve had enough bad news today. 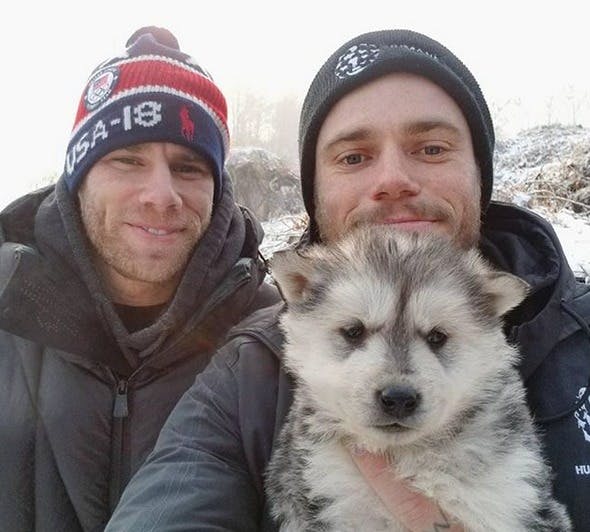 Cancel reply
A guy flipped out when a girl said his puppy is gay. Now Twitter is full of gay dogs.