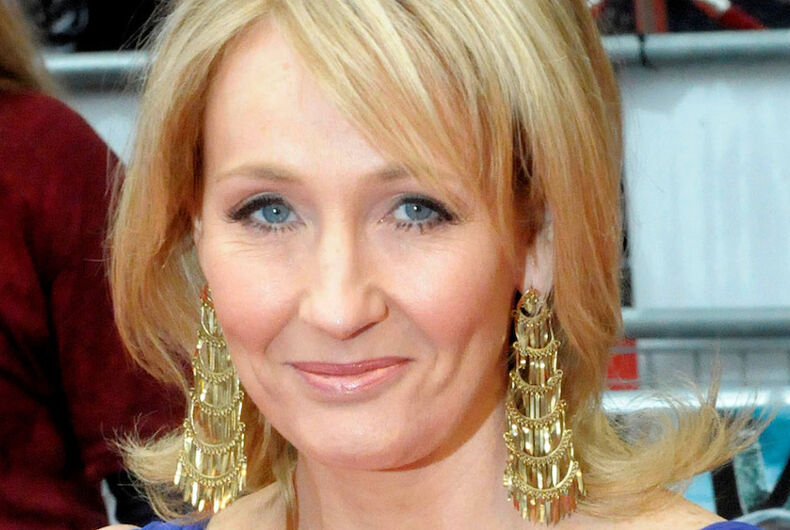 More details about the Harry Potter video game, Hogwarts Legacy have been revealed. The video game is slated to be released this year.

One revelation has caught the attention of fans and detractors alike: the WB-produced video game will allow players to create trans characters.

LGBTQ activists, avid Harry Potter fans, and even WB staff have previously expressed concerns over the franchise’s latest video game, since Rowling’s anti-trans remarks have become a major issue since.

Now Bloomberg reports that her famed franchise will be inclusive of transgender characters — albeit in a video game — and that has once again ignited discussion over the game and topic.

This means that many traits that video game character creation systems lock to one gender are open to both, allowing players to create characters with whatever traditionally gendered characteristics they want, along with the gender identity they want the character to have.

The conceptualization of the latest Harry Potter video game began in 2017, when video game developer Avalanche Software was acquired by WB from Disney, and they created the label Portkey Games just for making new Harry Potter games. This will be the first console-based game they’ll release since.

It is set in the 1800s, based on fictional experiences of a student at Hogwarts, the same school in the Harry Potter storyline. WB Games’ website stressed that “J.K. Rowling is not directly involved in the creation of the game” and that “this is not a new story from J.K. Rowling.”

They added, “However, her extraordinary body of writing is the foundation of all projects in the Wizarding World.”

As she still owns the publishing rights, she is credited on the game’s website.

While the game’s features may be welcome news to the Harry Potter fanbase, it doesn’t address the issues some have with her and her involvement in the franchise. Moreover, developer Troy Leavitt was caught running an “anti-social justice” YouTube channel that criticized feminism, cheered on alleged harassment, and allegedly participated in bullying of women and progressives in the video gaming world.

Bloomberg reporter Jason Schreier added on Twitter that “this game is at least a year away and anything can change,” but this is what is expected from those currently creating it.

Some members of the Hogwarts Legacy dev team had been pushing hard for this, uncomfortable with Rowling’s position and rattled by the effects she has had on a game they’ve put a lot into

Extremely messy! I wonder if this decision will change any hearts/minds

If you support trans people, I am begging you not to fall for this. Please don’t buy this game.

If you buy this, they get more power. https://t.co/an0dDEfIcI

Come talk to me when WB Games is transparent about whether or not they plan to create future Harry Potter games after this, or what steps they’re taking to counteract the money they’re paying to Rowling for this project.

Talk to me when WB publicly stand up against transphobia.

You know, this would be really cool were it not for the fact that J.K. Rowling still presumably receives profits from video games sales. So, unless that’s confirmed otherwise, trans representation in a Harry Potter game doesn’t feel great to me. Money to Rowling? No thanks. https://t.co/cjBTQiztcf

It’s impossible to extricate Rowling from what Harry Potter is at this point without her making money but it would be funny if they tried to buy her out like Star Wars or when Ubisoft purchased Tom Clancy’s name in perpetuity because she won’t stop being fucking embarrassing.