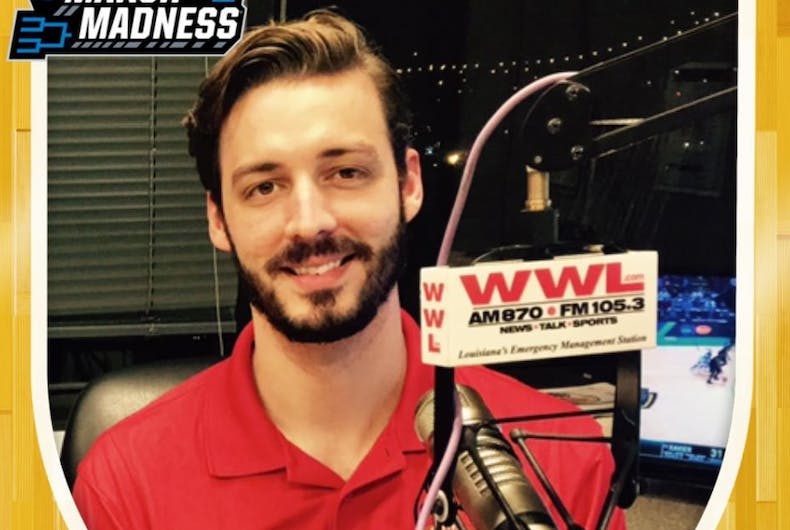 Last week, he wrote a post on Facebook about New Orleans Saints quarterback Drew Brees that got some attention. Dunlap called out Brees for doing a video with the anti-LGBTQ group Focus on the Family.

“I’m asking for reflection on how your words and your seeming-embrace of an odious, bigoted organization can cause a vulnerable and constantly-attacked community to recoil,” he wrote. “If I can offer unsolicited advice; take the time to directly distance yourself from these hateful people.”

Related: This NFL quarterback did a video promoting a campaign from antigay groups to ‘share God’s love’

That didn’t sit well with someone at WWL, apparently. After he posted his open letter, someone with access to the station’s Twitter account called him a “fag.”

WWL tweeted that they are investigating how the tweet happened.

“The content of the tweet is categorically offensive and abhorrent to the station,” WWL wrote on its Twitter account. “We are actively investigating this incident and will take swift and appropriate action once we determine how this occurred.”

We are aware of a tweet that went out today from the WWL account. The content of the tweet is categorically offensive and abhorrent to the station. We are actively investigating this incident and will take swift and appropriate action once we determine how this occurred.

Dunlap has not commented on the incident.

Update: Dunlap appears to have posted about the incident on Twitter.

Being yourself has never been more important. The hate that has infected our society threatens to tear us apart from the inside out. I’m overwhelmed, but I’m also very proud of who I am and the life I live.

I’ll be taking tonight off from the show to reflect and decompress.