Transgender student Nicole Maines (accompanied by her father, Wayne, and her twin brother, Jonas) speaks to reporters after winning on appeal a discrimination lawsuit against her school district. In 2014, Glamour Magazine named Maines one of its 50 inspiring women of the year.Photo: Robert F. Bukaty/AP

The Trans List actress Nicole Maines is about to break the glass ceiling on the CW’s Supergirl. The announcement came during Saturday’s session at Comic-Con, where it was reported that Maines would become the first ever trans superhero on television.

Real-life activist Maines first entered the world’s stage as the Maine plaintiff who helped set a precedent that would ultimately allow trans individuals to use the restroom based on their gender identity.

Her character’s name on Supergirl is Nia Nal (aka Dreamer).

Although she’s enthusiastic for the new gig, carrying the banner brings with it a hefty responsibility.

“I’m nervous because I want to do it right,” she said.

Maines referred to cisgender men dressed in women’s clothing as the only representation she saw growing up in the 90’s and early 2000’s. She hopes her new role on mainstream television will offer a different narrative.

“I think we’re in a time right now where more than ever representation in the media matters,” she said. “And what we see on television has a very dramatic effect on our society.”

How does the star feel about Scarlett Johansson’s controversial exit from Rub & Tuck where she would have played a transgender man?

“I think that cisgender actors don’t take roles out of malice, it’s just a failure to realize the context of having cisgender people play transgender characters,” she said. “We don’t see the same issue with sexuality, we see straight people play gay all the time. With trans folks we have a lot of people accusing us of just playing dress up for whatever reasons and that’s just not true. Having trans people play trans roles show that we are valid in our identities and we exist.”

Supergirl premieres its fourth season Oct. 14 on the CW. 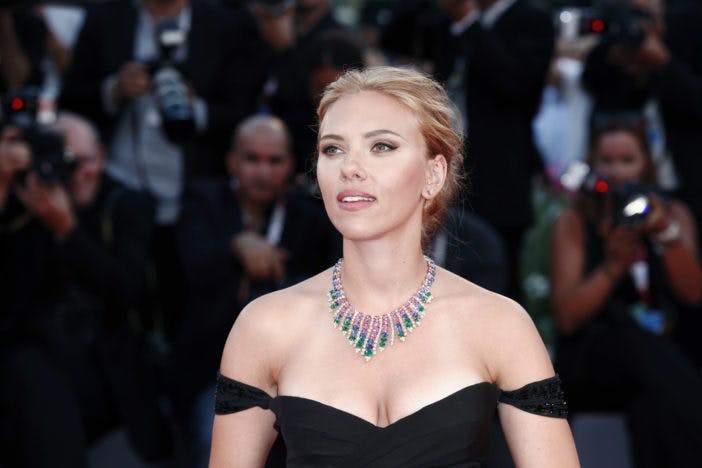