The Alabama House of Representatives has advanced a bill that would allow probate judges to refuse to issue marriage licenses to gay couples – because the document would no longer be required to get married. Instead, couples would file an affidavit that they were married and it would be recorded.

Judges in the state have been using a loophole to refuse to issue marriage licenses to gay couples already. The law says probate judges “may” issue licenses but does not require them to do so. Some judges refuse and couples have to go to a different judge to get the license.

“This will allow everyone to be married in their home county,” Republican state senator Greg Albritton said. Albritton has sponsored the legislation for years, but this is the first time it has advanced through both chambers.

“There’s still counties that will not issue marriage licenses,” Albritton said. “They take the word may to the extreme, if you will.”

The state senate passed Albritton’s bill by a vote of 26-0 on March 21. It cleared the House Judiciary Committee yesterday, clearing it for final passage on the House floor.

Albritton’s bill says probate judges “shall” record every marriage with proper documentation. These would include affidavits saying they are of legal age to wed, are not already married, are not related, and are mentally competent to make the decision to get married.

It would also eliminate the requirement that the marriage be “solemnized” by a judge, minister, or other official during a ceremony.

“I would suggest this is the end of the state telling people who they can and cannot marry. A license is permission,” Albritton said.

Only Democrat Merika Coleman voted against the bill.

“I do remember the original dialogue where it came from,” Coleman said. “So that was my no vote. It was still one of those kind of protest votes against what I felt was the original reason why we were here with this bill in the first place.” 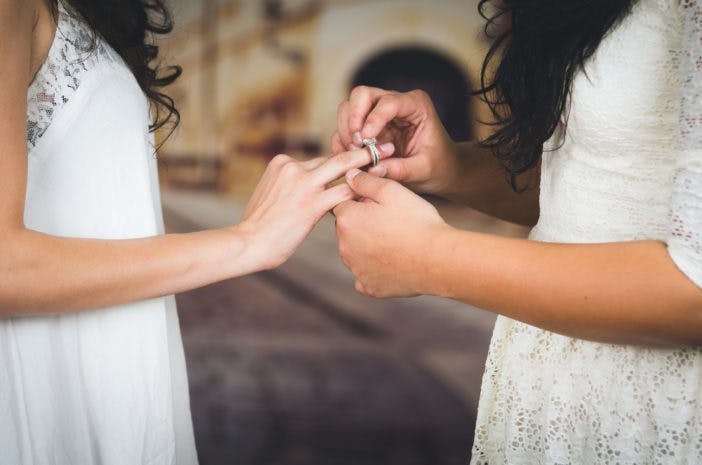