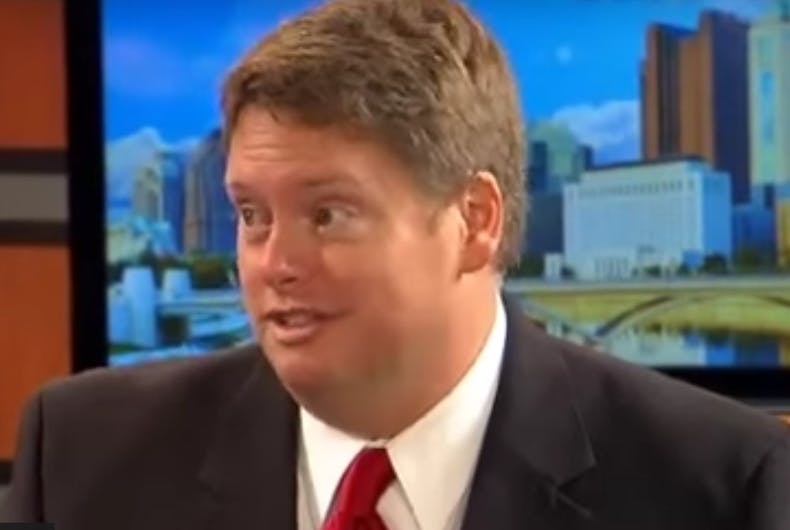 An emcee at the National Lesbian and Gay Journalists Association (NLGJA) conference in Palm Springs this weekend was criticized for referring to nonbinary people as “things and its.”

Marshall McPeek is a meteorologist at ABC’s Columbus, Ohio, affiliate. He was co-emceeing the last event at the NLGJA conference and referred to attendees as “Ladies and gentlemen, things and its.”

He was immediately called out by journalist Monica Roberts, who yelled, “Oh no he did not” and “There are no ‘things’ or ‘its’ here.”

And shout out to @TransGriot, who immediately yelled “oh no he did not” and “there are no Things or Its here” at the stage

He later came back on stage and apologized for his comments.

The next day, the NGLJA issued a statement saying that McPeek’s “inappropriate, unscripted remarks” don’t “reflect our values.”

On her blog, Roberts wrote that she was “happy” that McPeek apologized, but said, “The damage was still done.”

“How do you think that ‘things and its’ comment, which has been derisively and sometimes violently spat at the trans community by all transphobic comers over the last few years made us feel?” she wrote.

Cancel reply
An emcee at an LGBTQ conference said ‘Ladies and gentlemen, things and its’