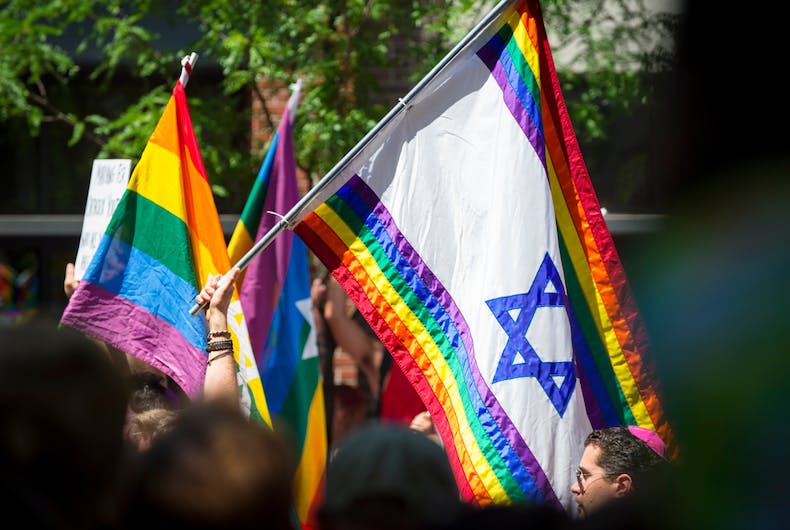 This week, Israel saw the formation of an LGBTQ political party. Started by Imri Kallmann, a fixture in both the political and nightclub scenes, the party aims to correct the recurring problem of lip service from other parties outpacing actual results.

“We have had gay caucuses and lobbying in the Knesset [the Israel parliament], but they have not been proven effective,” Kalmann told the Jerusalem Post. “We have also had gay [Members of the Knesset] in Meretz, the Zionist Union, and Likud, but that was not effective either, because their obligations are to their party more than to our community,” Kalmann said.

“We need a party that puts its focus on creating change and advancing our interests in Israeli politics,” he added.

That sounds like a familiar complaint to activists laboring in the U.S. political system.

At this point, of course, it’s really a complaint about the Democratic party. After all, with rare exceptions, the Republican party is the party of the anti-LGBTQ religious right.

In terms of proclaiming their affection for the LGBTQ community, the Democrats have been loud and clear. But the party also knows deep down that the vast majority of LGBTQ voters have nowhere else to go.

The complaints during the Obama administration about the pace of change on issues like marriage equality and the repeal of Don’t Ask, Don’t Tell were fueled by suspicions that Democrats know they can take LGBTQ support for granted.

So it’s tempting to think that a political party dedicated solely to LGBTQ issues would be a great idea here in the U.S. Unfortunately, the harsh reality is that it almost certainly wouldn’t work.

The political landscape in Israel is far different than in the U.S.

The U.S. is dependent upon a two-party system. Third parties tend to have very small numbers of followers and face a lot of hurdles to get on the ballot.

National third parties tend to pop up for a particular election (Ross Perot’s 1992 campaign, George Wallace’s 1968 campaign). While the parties may affect the outcome of the elections, they don’t win them and tend to get re-absorbed into the two-party system.

By contrast, there are more than 40 political parties in Israel. While only three parties have ever led the government, the ruling parties have had to rely on a coalition made up of representatives from other parties in order to reach a majority. That means that smaller parties can have an outsized influence even if they can’t win outright.

So that means making sure that the Democrats’ actions match their rhetoric. When the party is in the minority, as the Democrats are now, rhetoric is all it has. But when the party comes back into power, the actions matter, especially if its return to power depends upon LGBTQ voters.

Cancel reply
An LGBTQ political party is starting in Israel. Would one work in the U.S.?