Religious Freedom Day, the most significant national Day that few had ever heard of, emerged from the shadows this year.  There were no picnics or fireworks or speeches by elected officials — and the press largely ignored it.  But so much happened just below the national radar.  We may have witnessed the first stirrings of a renewed movement for the rights of individual conscience.

It is too early to say whether it was a turning point in our history — but just might have been.

This year, for the first time, organizations that embrace LGBTQ equality and reproductive justice decided to seize the day — joining with religious and secular agencies and advocates of separation of church and state to commemorate Religious Freedom Day.

Instead of leaving the narrative to the likes of Tony Perkins and the Alliance Defending Freedom who bogusly claim that religious freedom means the right of Christians of the right sort to  discriminate, this Religious Freedom Day, many of the rest of us began to tell the story of how religious freedom is a great progressive value – and why it is for everyone and not just a few.

Religious Freedom Day commemorates the enactment of the Virginia Statute for Religious Freedom on January 16, 1786.  Written by Thomas Jefferson and politicked through the Virginia legislature by James Madison, the statute not only disestablished the Anglican Church as the official church in Virginia, but also provided that individuals are free to believe or not to believe as they will, and change their minds—and that this “shall in no wise diminish, enlarge, or affect their civil capacities.”

In the following years, Madison went on to be a principal author of both the Constitution and the First Amendment, and the Virginia bill is understood to this day as the taproot of how the founders sought to address the relationship between religion and government.

In the annual presidential proclamation recognizing the Religious Freedom Day this year, President Obama said that religious freedom “protects the right of every person to practice their faith how they choose, to change their faith, or to practice no faith at all, and to do so free from persecution and fear.”

Meanwhile, more than two dozen organizations affiliated with the Coalition for Liberty and Justice contributed op-eds, blog posts, and a storm of posts on Facebook and Twitter.

In two hours on Religious Freedom Day alone, there were more than 1,500 tweets and 552 individual contributors.  Among the Coalition members that participated were Americans United for Separation of Church and State, National LGBTQ Taskforce, Secular Coalition for America, the Religious Coalition for Reproductive Choice, and (of course) us here at Political Research Associates. 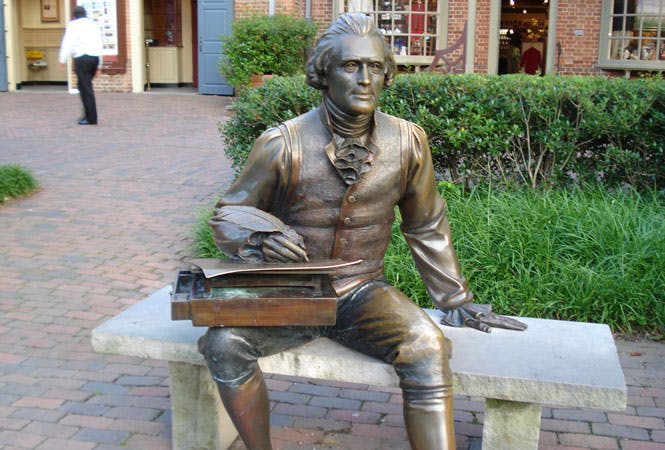