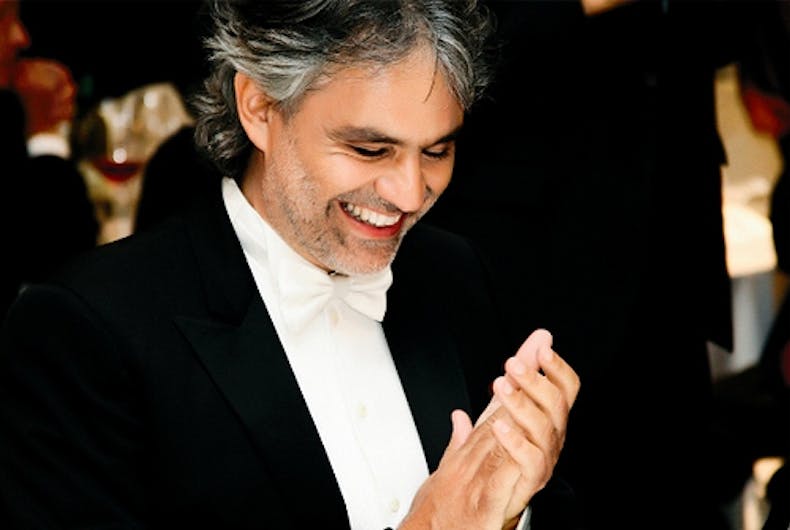 Italian tenor and friend to Donald Trump, Andrea Bocelli, will not perform at the January 20 inauguration after all. Amid a growing backlash, it has been reported that Bocelli will be notably absent from the day’s events, which will put him in good company.

So far the only name of consequence announced has been 16-year old “America’s Got Talent” runner-up Jackie Evancho, who has faced criticism for her decision to perform, in part because her sister is transgender.

The growing #BoycottBocelli movement caused the singer to back off performing, reports Page Six, quoting a source as saying Bocelli claimed he was getting “too much heat” and that there was no way he would take the gig.

However, they also report that another source told them it Trump who nixed the deal.

“Trump suggested to Bocelli he not participate because of the backlash. It’s sad people on the left kept him from performing on a historic day,” they quote the source as saying.

Tom Barrack, told CNBC on Tuesday that Trump never invited Bocelli to sing at the inauguration. He said that it was the singer who approached Trump to say he was willing to sing if needed.

“[But] Donald said, ‘You don’t need to. We’re not in that kind of a framework. Thanks very much for the offer. You’re my friend. You are always welcome at the White House,’” Barrack said.