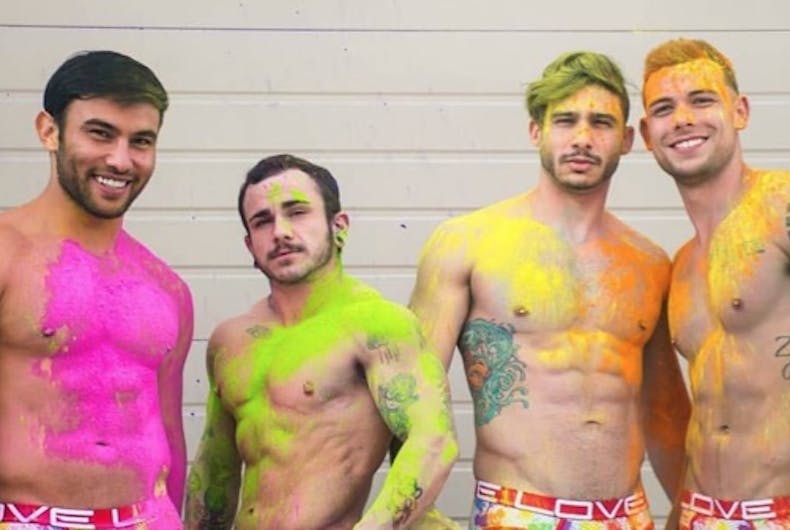 And Diamond definitely fits in as a representative for the company.

He may be small, but he’s definitely powerful. The San Diego-based personal trainer is as buff as they come and just as handsome.

“When I started working out about five years ago, my dream was basically to become Marky Mark,” he told Gay Star News. “I wanted to be an underwear model, a buff guy, and I’ve been buying Andrew Christians for years. So it was definitely like a dream come true for me.”

While Diamond has been taking testosterone for years, he says he’s always presented as male and hasn’t had a lot of issues – except for his career.