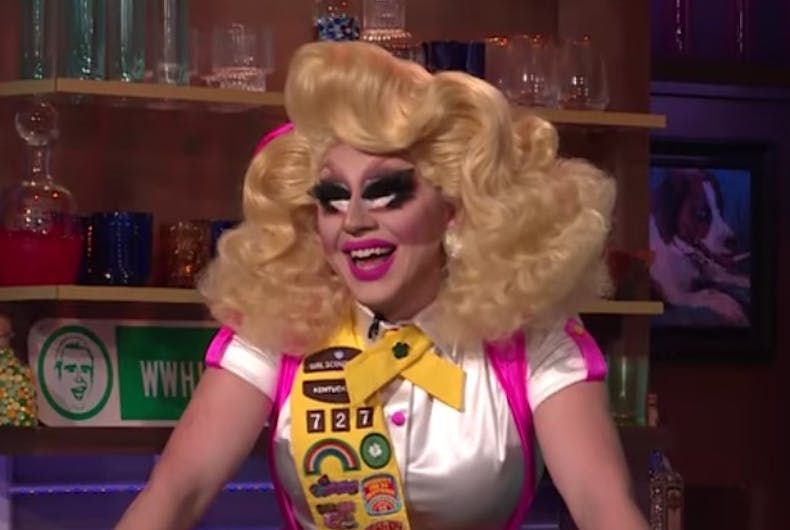 RuPaul’s Drag Race: All Stars 3 left fans of the show very unsatisfied with the result.

I know, since I’m a huge fan of the drag franchise.

The result was so unsatisfying that Andy Cohen just asked RuPaul – right in front of winner Trixie Mattel – if the winners were “judge[d] on talent,” as if “talent” – in drag or in anything – can only be measured from a few challenges on a reality show.

How did we get here? In the final episode, all of the eliminated queens came back and voted for two of the four remaining contestants to proceed to the final round. Shangela had the best record of the four, Trixie Mattel and Bebe Zahara Benet were doing well this season, and Kennedy Davenport – who was in the bottom in four out of seven challenges – had the worst record.

I assumed that the queens would pick Shangela and Trixie to go to the finals, since RPDR is a talent show, and Bebe has already won a season of RPDR and annoyed her fellow queens to no end.

But they picked Kennedy and Trixie. Some of them said that Kennedy needed it more for her career (so being successful was actually a liability), others said that they just liked her better.

One of the eliminated queens even cried as she told Kennedy how much she loved her… before going to vote.

With Shangela out of the way, Trixie went on to win the season.

The resulting cries of “Shangela was robbed” could be heard from Mars. Several of the queens have said on social media that they’ve gotten a lot of hate from fans.

Fans want a satisfying narrative. If their favorite doesn’t win, they at least want to think that there was a good reason that someone else was picked.

People generally want to think that the most qualified candidate always gets the job, that the smartest students get into the best colleges.

But in the real world, the most qualified candidate who gets the most votes sometimes doesn’t win the election.

In the two seasons that Kennedy appeared on, the other queens made it clear that she is hugely respected within the drag industry. I’m not a part of that industry and I don’t know what exactly she’s done to be so well-loved, but it takes talent to get that much respect from your peers.

We also don’t know all of what was said by the four contestants as they were pleading their cases to the eliminated queens. Convincing someone that you should win a competition takes real talent too… especially when the numbers aren’t in your favor.

Life isn’t fair. Getting a call from a booking agent when you’re a performer has as much to do with your talent on stage as it does with who you know and what they think of you.

If RuPaul wants to keep fans satisfied in the future, she’d do well to pick the winners herself, like she usually does.

All Stars 3 was just too much realness for reality TV.

Cancel reply
Andy Cohen says Trixie Mattel didn’t win because of her talent. But she did.