The anti-gay Family Research Council and evangelical leaders have endorsed Republican candidate Rick Santorum for president amid observations that the social conservatives are unhappy with the idea of frontrunner Mitt Romney’s nomination.

On Saturday, Tony Perkins, FRC’s president, announced Santorum had won the backing of the nearly 170 conservative leaders who gathered in Brenham, Texas, to discuss the GOP primary race and top policy goals for a Republican administration.

“There is clearly a united group here that is committed to see … a true conservative elected to the White House,” Perkins said after the decision was made, according to Reuters.

The Southern Poverty Law Center has dubbed the Family Research Council a “hate group” in part because of its opposition to LGBT rights. Other anti-gay leaders who were present at the meeting — and backing Santorum — were Gary Bauer and Focus on the Family founder James Dobson.

The former U.S. senator from Pennsylvania won the endorsement on the third round of balloting, Politico reports. Of the 114 votes cast, Santorum won 85. Former U.S. House Speaker Newt Gingrich took the remainder.

Texas Gov. Rick Perry didn’t even make it past the first round of balloting — even though the meeting was held in his home state and he’s heavily courted evangelicals since the beginning of his campaign.

Santorum is line with the views of evangelicals on social issue because he’s taken a hard line on them — especially opposition to same-sex marriage — over the course of his presidential campaign.

While campaigning before the New Hampshire primary, Santorum said the legalization of same-sex marriage could lead to polygamy and said children would be better off having parents in prison rather than parents of the same gender. Santorum has also said he’s restore “Don’t Ask, Don’t Tell” if elected president.

Meanwhile, Romney has said he supports “full rights” for gay people, although he opposes same-sex marriage. The former Massachusetts governor has said he’d leave open service for gays in the military as it is.

But both Santorum and Romney have signed a pledge from the National Organization for Marriage committing themselves to back a Federal Marriage Amendment, defend the Defense of Marriage Act in court and establish a presidential commission on “religious liberty.”

LGBT groups on the right and left had mixed reactions to evangelical leaders’ decision to endorse Santorum.

R. Clarke Cooper, executive director of the National Log Cabin Republicans, said he doesn’t think the endorsement will translate into much success for Santorum over the long term.

Log Cabin has been emphasizing that social issues won’t play out well for Republican presidential candidates in their campaigns and economic issues will help them win the White House. 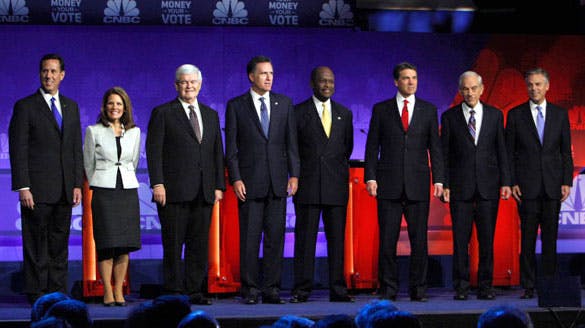 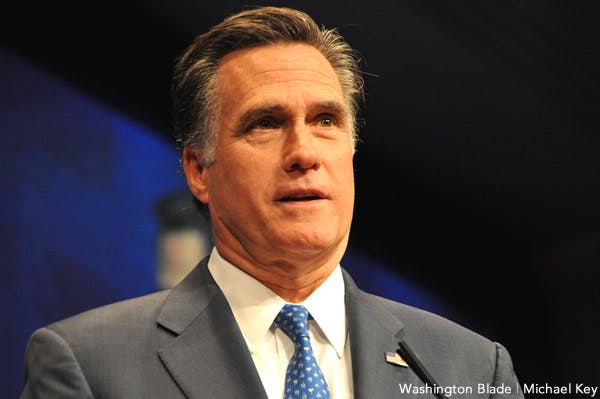 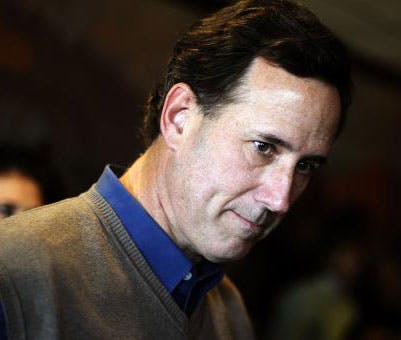