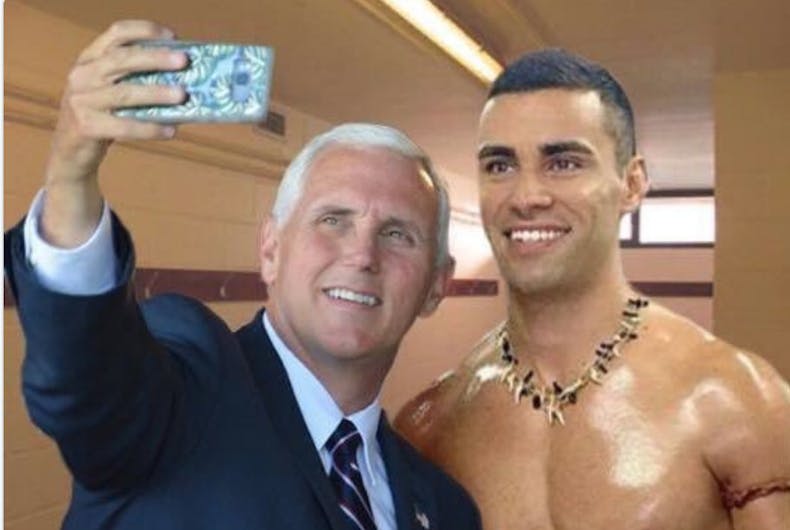 Homosexuality is illegal in Malaysia, so a leading newspaper there published a handy guide on how to spot gay people.

The Sinar Harian newspaper says that gays love facial hair, going to the gym and buying namebrand clothing. It said lesbians belittle men, love to be alone and walk around holding hands.

So gay Twitter added a couple more qualities, like picking on gays for political gain. And avoiding temptation by keeping Mother Pence around.

You see where this is going. John Lurie brought it all together in a Feb. 11 tweet with Vice President Mike Pence snapping a selfie with Tonga Man, the oiled star of the Olympics Opening Ceremony.

But the South Pacific island nation of Tonga is far from the realities in the southeast-Asian nation of Malaysia. Human Rights Watch reports that discrimination is pervasive against Malaysia’s LGBTQ citizens. They even face jail time of up to 20 years. Last year, an 18-year-old student was beaten to death by classmates, and a 27-year-old transgender woman was knifed and shot in an attack a few months later.

Related: Tonga’s super hot 2016 Olympics flag bearer has qualified for the winter games as a skier

Malaysian activist and social-media star Arwind Kumar called out the newspaper report with a Youtube video. He warned that even more Malaysians could be hurt.

“If you really want to educate society,” Kumar said, “then explain to them the traits of a pedophile, a molester, a murderer, a kidnapper —people who actually endanger the lives of others.

“How the hell does a gay person endanger your life?” 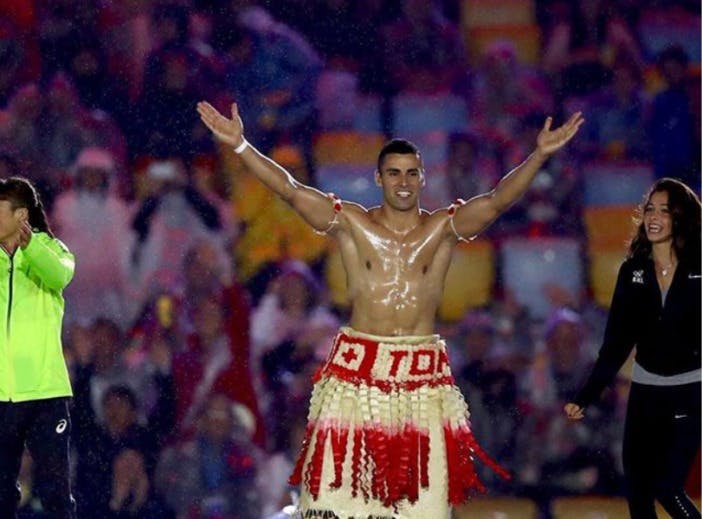 Pita TaufatofuaPhoto: Instagram/Taufatofua Tonga athlete Pita Taufatofua captured the attention of many a thirsty individual when he carried his country’s flag without a shirt but…

Cancel reply
As Malaysian media tells how to spot a gay, Mike Pence gives us an example