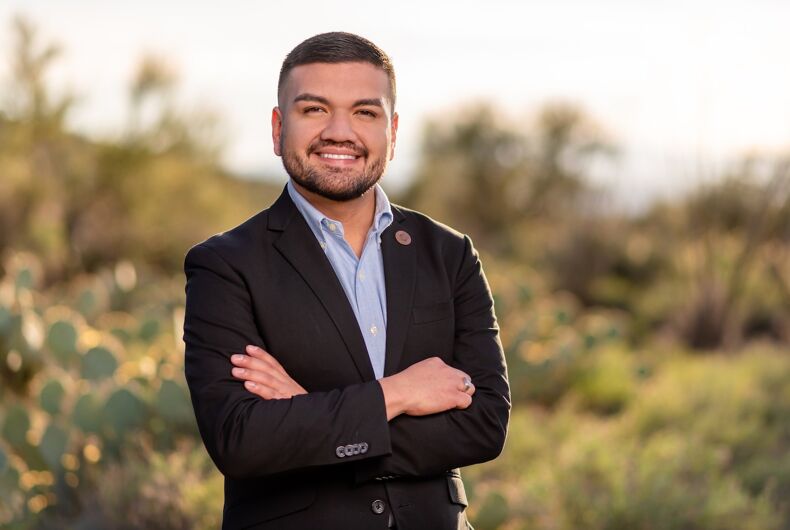 “As Arizona’s youngest LGBTQ+ state legislator, I felt it was important for me to be a voice for marginalized and disenfranchised communities,” he told LGBTQ Nation.

Of the 1.4 million vaccines administered in Arizona, just 8% have reached Latinos statewide. This inequity must be remedied, and I look forward to @dougducey’s collaboration with the @AZLatinoLC to expand access to our communities of color. pic.twitter.com/QagEQnCyQD

Cano said his district is populated by many low-income families who are struggling to pay rent and put food on the table.

“I just want to work very hard for them,” he said, “Because I have constituents calling me with $13 in their bank account, trying to get a lifeline from our state’s unemployment insurance.”

But with a Republican majority in the legislature, Cano said progress has not been easy.

“The pandemic exposed what we already knew, which is Latinos in Arizona are getting poorer and poorer, having to work two or three jobs just to make ends meet, and really the direct product of this is the GOP legislators’ refusal here in Arizona to do anything to help the working class.”

In the past, Cano has referred to Arizona as a “microcosm of bad ideas across the country,” a comment he stands by. Arizona currently leads the nation in voter suppression bills, with 19 bills recently proposed by Republicans.

Despite the Republicans’ narrow majority (31 to 29), and despite the fact that the party lost 4 seats in the 2018 election, Cano said his Republican colleagues have not been too open to bipartisanship, which Cano had previously been optimistic about.

“The polarization is the worst I’ve seen it in my second term than it ever was in my first term,” he said. “I thought we’d be able to work together. I just don’t know how Republicans will be held accountable in 2022 when they literally do not want voters to vote.”

Arizona also received a low rating on the Movement Advancement Project’s LGBTQ Equality Profile. Cano said that serving in the LGBTQ caucus is an honor, but that much of the caucus’s time is spent working to defeat “bad bills” rather than trying to advance LGBTQ rights.

Last year, for example, the Arizona House passed H.B. 2706, which called for a ban on transgender athletes participating in girls’ sports and ultimately died in the Senate.

“I just wish we would be doing everything we can to invest in our youngest, beautiful souls,” Cano said, “but instead we’re penalizing them for being who they are.”

Access to good quality education has also been a major focus for Cano, who has spent much of his time in office fighting for increased funding for public schools. More and more taxpayer dollars, he said, have been going to private and parochial schools and less and less to public ones.

Arizona’s public school funding formulas haven’t been updated in nearly 40 years, yet the @AZHouseGOP is fast tracking Senate Bills 1118 & 1041 which will divert more of your taxpayer dollars to….. *drum roll* private schools. ??‍♂️

“We’ve been working so diligently over the last two years to continue to ask for more investment…We have a billion dollar surplus, and the Governor has refused to spend money on the classrooms that ultimately are crumbling, and we’re losing teachers right and left because we don’t pay them.”

“For three years I have introduced this bill, and for three years the Republicans have said no to it…But you just keep going because you ultimately realize with 30,000 students that would benefit from this kind of legislation, I’m going to continue letting them know help is on its way.”

For this help to arrive, he emphasized the need for every citizen to remain civically engaged and vote.

“I think the everyday Arizonan isn’t really looking to [the state legislature] as a place of opportunity for them, when in fact so much of our day-to-day lives are impacted by what 90 lawmakers say yes or no to.”

Cano’s work for the legislature is part-time. He spends the rest of his time as the director for the LGBTQ Alliance Fund, which provides grants to local LGBTQ organizations and has thus far dispersed over a million dollars to about 15 local organizations.

“We have organizations that are directly responding to our queer community every single day,” he said, “and history will tell us throughout the pandemic that we’ve got to do something about addressing the variety of needs in our queer community.”

Cano was born into a very welcoming community in Tucson and said he cannot remember a time when his sexuality limited him. He knows, however, that not everyone is so lucky.

“We’ve got to buckle down on our commitment,” he said. “We’ve got an LGBTQ loved one in every one of our families, and they deserve the world.” 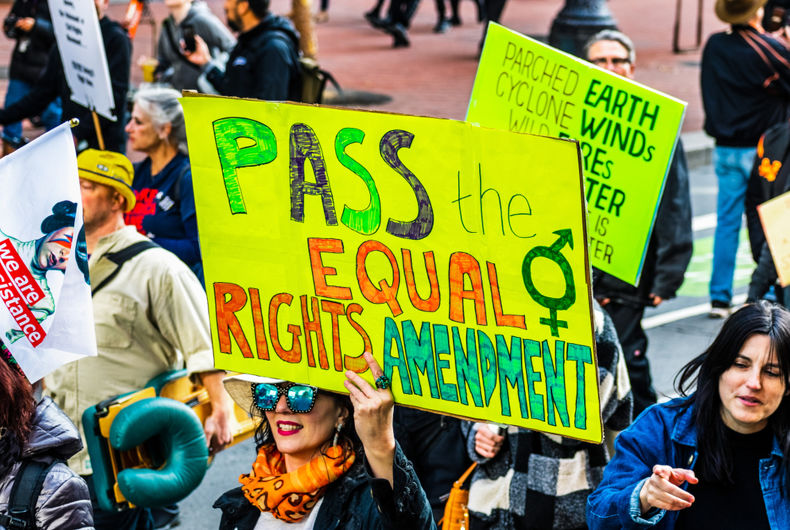