During back to school shopping with my gender-fluid genderqueer niece (is that even appropriate to say that way?), I realized I didn’t know much about what she faces as a young person going into high school for the first time.

Powell added, “They may move back and forth between gender presentations and identifications, or participate in queering of gender by mixing masculine and feminine presentations.”

One celebrity making headlines for being gender-fluid is new Batwoman star Ruby Rose.

“Gender fluidity is not really feeling like you’re at one end of the spectrum or the other,” Rose said. “For the most part, I definitely don’t identify as any gender.”

She explained, “I’m not a guy; I don’t really feel like a woman, but obviously I was born one. So, I’m somewhere in the middle, which – in my perfect imagination – is like having the best of both sexes.”

I wanted to dig deeper – so I went to YouTube and pulled up a few videos that talked more about real-life experiences – by authentic people and maybe a celebrity or two because, well, why not?

Rebekah Bruesehoff is the 10-year-old transgender girl “the media warned you about.”

Now she’s spreading awareness of transgender people one rally at a time.

Since her transition started over two years ago, the young girl has been campaigning, attending marches and speaking at rallies to stand up for transgender rights.

More children are embracing their whole selves – and earlier in life. This video takes a look at what embracing their authentic selves means to them – and their families.

In this next video, Nikita Dragun said she “went to Hollywood Blvd. and asked a bunch of strangers whether they thought I was trans or not. Lately the media hasn’t been focusing on trans issues so I decided to take it upon myself to ask real people what they thought.”

In this next video, transgender actors call out discrimination in Hollywood. Laverne Cox joined Chaz Bono, Alexandra Billings, Brian Michael, Jen Richards and Trace Lysette for a conversation about the realities of working in Hollywood while transgender.

According to the 2015 National Transgender Survey issued by the National Center for Transgender Equality, one in four trans college students reported being sexually, verbally or physically harassed. 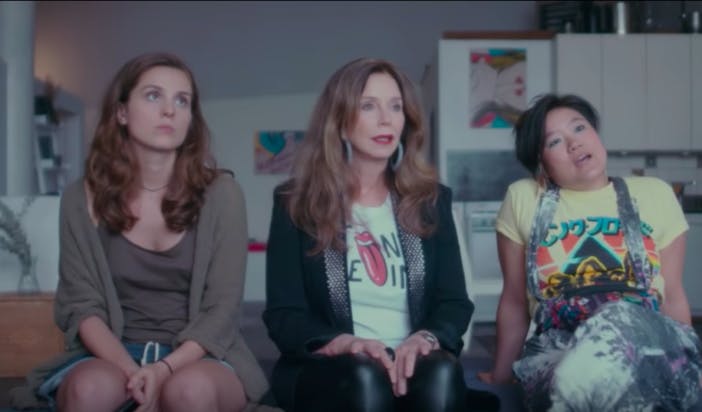 Nobody knows when exactly The L Word reboot will air on Showtime. So while you’re waiting, check out Queering, a funny and down-to-earth web-series for…