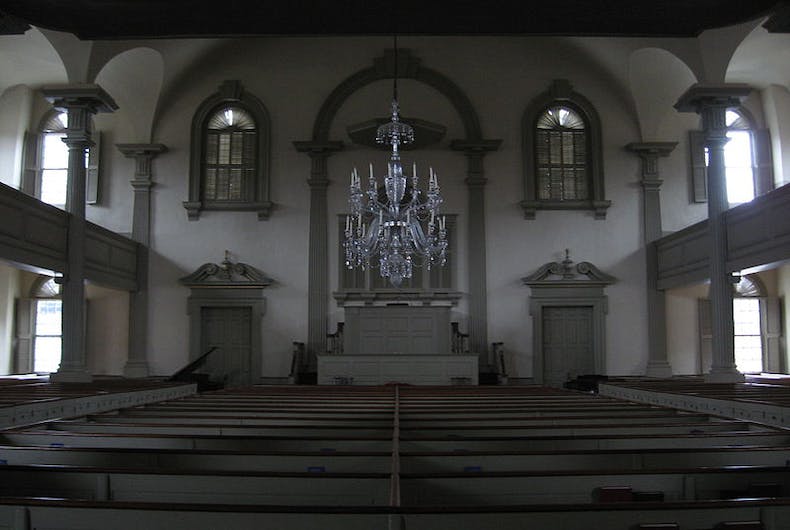 Inside the First Baptist Church in America, in Providence, RI. Photo: Hellohowareyoudoing on Wikimedia Commons

There is a feud brewing over LGBTQ rights among Baptists, and it threatens to drive an even greater wedge between the two opposing factions.

The Cooperative Baptist Fellowship, an affiliated group of churches formed in response to the conservative Southern Baptist Convention, has organized a committee, the Illumination Project, to discuss dropping the ban on hiring LGBTQ people.

The Kentucky Baptist Convention, of which some of the Cooperative Baptist Fellowship churches are also a member, has said it is watching the situation closely and has threatened to kick out any churches that say it is okay to hire LGBTQ people.

Paul Chitwood, executive director of the group, warned that hiring “practicing homosexuals” — (I mean, if you want to get to expert levels…) — would be tantamount to “redefining sin.”

Maurice “Bojangles” Blanchard is an ordained minister who leads an LGBT ministry at Highland Baptist Church, and was one of the Kentucky plaintiffs in the Supreme Court case legalizing marriage equality. He criticized the Cooperative Baptist Fellowship when they offered prayers for the victims of the shooting at Pulse nightclub, saying it was hypocritical in light of the ban on LGBTQ employees.

Blanchard has also criticized the Illumination Project for not including any LGBTQ people.

“They’re discussing our inclusion without including us,” he told the Courier-Journal.

The Illumination Project group is expected to return with recommendations for changes sometime in February.

Dominique James, left, and Maurice Blanchard have been outspoken activists for same-sex marriage in Kentucky for several years, and are among a group of plaintiffs… 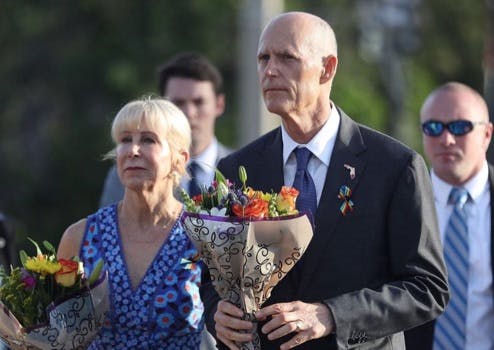