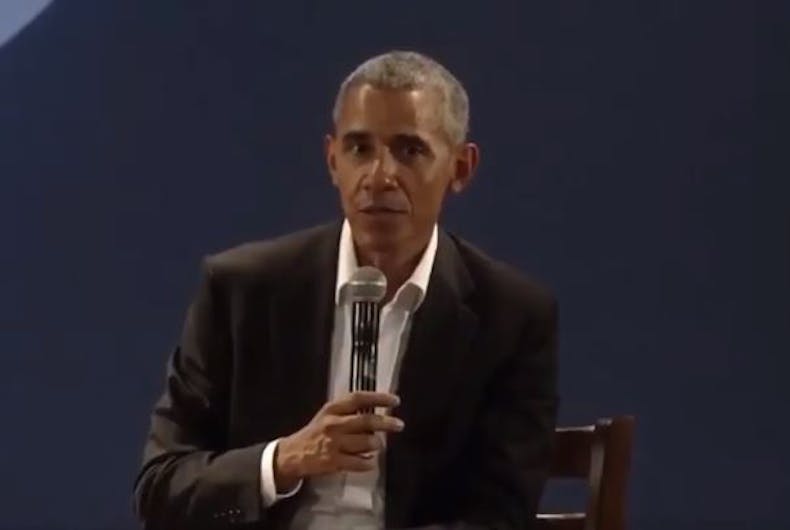 A transgender activist got the chance to ask former president Barack Obama a question during an event in New Delhi, India and his response reminds why we wish he was still the one in the Oval Office.

The event, organized by the Obama Foundation, is one in a series, where Obama hopes to help inspire a new class of activists and change-makers.

Akkai Padmashali, a transgender activist who runs the LGBTQ advocacy organization Ondede, asked how she can raise her voice and make a difference in such a hostile environment.

Padmashali, who thanked Change.org for giving her the needed funds to travel to the event, noted that she is stigmatized and discriminated against for being who she is, as a member of the LGBTQ community.

She specifically referred to Section 377, a law criminalizing homosexual acts, reinstated in 2013, as well as proposed transgender protections legislation.

“How can I speak up in front of a society when I am a criminal under Section 377?” she asked.

Padmashali noted that the trans community was not being consulted on the issue.

“I think the answer is, it begins with what you just did, which is to find your voice and be able to articulate your views and your experiences, and tell your story,” Obama answered.

“And that’s true of any group that is marginalized, stigmatized,” he continued. “Finding that voice, and being able to tell a story so that the perceptions somehow that you are different are broken down, because they start seeing their experiences in you. They see your humanity.”

“Once that voice is there, hopefully others join you. So now you have networks, and organizations, and allies,” he said.

“And then, once that happens, it’s a matter of applying political pressure and being able to mobilize public opinion,” he instructed.

While he admitted that “that can take some time,” he added that there is reason to have hope, pointing to progress on LGBTQ issues in the United States and elsewhere.

“Now, there is just an open acknowledgement, even among many conservative parties, that we should not be discriminating against persons because of sexual orientation. And that happened, in respect to human history, amazingly quickly,” he said.

“Now, in the span of one person’s lifetime, that can seem painfully long. But it requires a steady education of the public, and then a political strategy that puts pressure on elected officials, and that’s going to take some time,” he concluded.