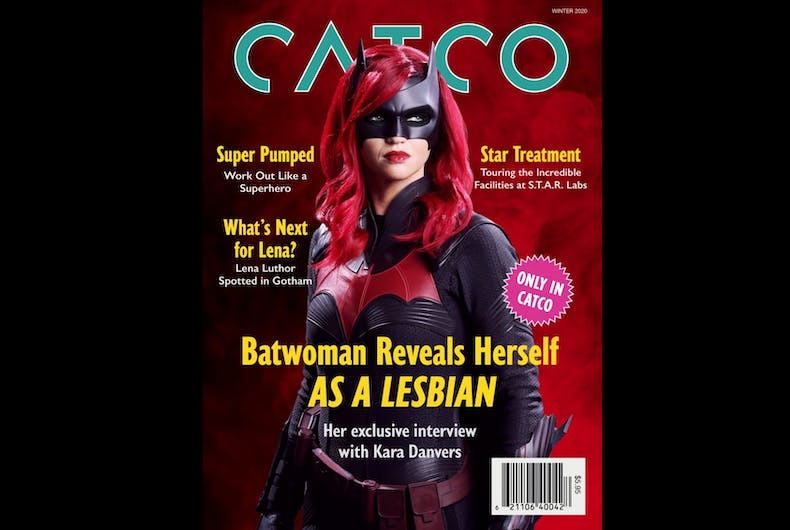 Batwoman came out in an interview with journalist Kara DanversPhoto: CW promo photo

In a shocking rebuke of lesbian newscaster Rachel Maddow, Batwoman came out as a lesbian and gave the story to rival journalist Kara Danvers.

The hit CW superhero show features Maddow in a voice role as television and radio personality Vesper Fairchild. While Maddow is a lesbian in real-life, Fairchild had a romantic relationship with Bruce Wayne in the comics.

Actor Ruby Rose plays Kate Kane, Wayne’s cousin, who takes over his role as the caped crusader. But instead of the broody heterosexual Wayne, Kane is an out, masculine-of-center lesbian who faced a critical decision in this week’s episode.

The story behind “How Queer Everything Is Today!” revolved around the character’s sexual orientation after Fairchild insinuates on-air that Batwoman is in a relationship with a male cop. Rose’s character struggles with the dichotomy of being assumed straight.

“When I first signed on to do Batwoman, I was thinking about how this is a show about a woman who is super strong, super confident, and very comfortable with who she is as a lesbian. She’s a badass and she can fight people and she’s tough and she’s vulnerable and has a big heart — and then she goes and puts on a costume and hides all of those characteristics,” Batwoman showrunner Caroline Dries told Autostraddle.

“She becomes a different person, essentially, and it’s still strong and badass, but she has now hidden all of the things that make Kate Kate,” she continued. “That narrative doesn’t quite work for me, and so I thought, well, if it’s not working for me, maybe it’s not working for Kate either. Kate is comfortable with who she is, and when she’s suited up, all she does is lie all day. And she’s not a liar.”

While Batwoman ends up coming out in an article written by Supergirl’s alter-ego, Kara Danvers, the episode highlighted how important cultural competency and allowing queer people to tell their own stories can be. Dries is a lesbian and several facets of the episode reflected that in simple ways a straight person wouldn’t have been able to flesh out as subtly and striking.

It’s easier for a queer person to realize how disturbing it would be for an out person to realize the world considers them straight and how hard it would be closet ourselves again. Another part of the storyline adeptly works in a young lesbian hacker who was outed and discovers Batwoman’s secret identity. Another character struggles with her sexuality and delves into bisexuality.

In several scenarios, the show has taken the typical tropes for queer characters and turned them on their head.

And while queer people could easily see themselves in the general storyline, one line from Maddow’s character stuck out for reflecting the fact that LGBTQ rights have become a political issue instead of a civil rights one. The real-life lesbian broadcaster is best known for her political coverage, but also for her tendency to shy away from LGBTQ issues on her show despite being the most popular liberal newscaster.

“Ok, people,” Fairchild says in one voiceover after Batwoman comes out as a lesbian. “Time to recalibrate our gaydar. Batwoman is a lesbian? Not that there’s anything wrong with that, but talk to me, Gotham. Whatever happened to politics staying out of our superheroes?” 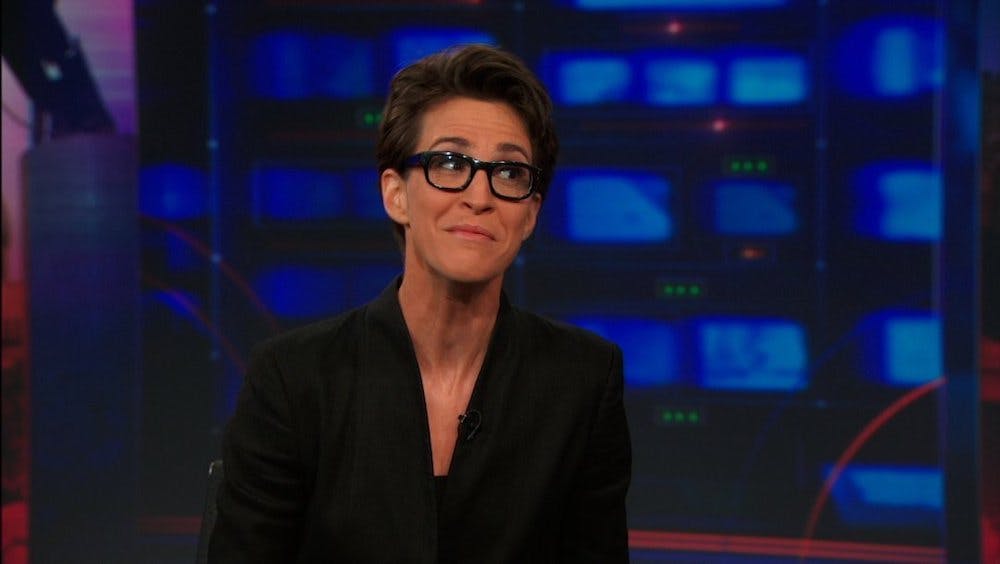