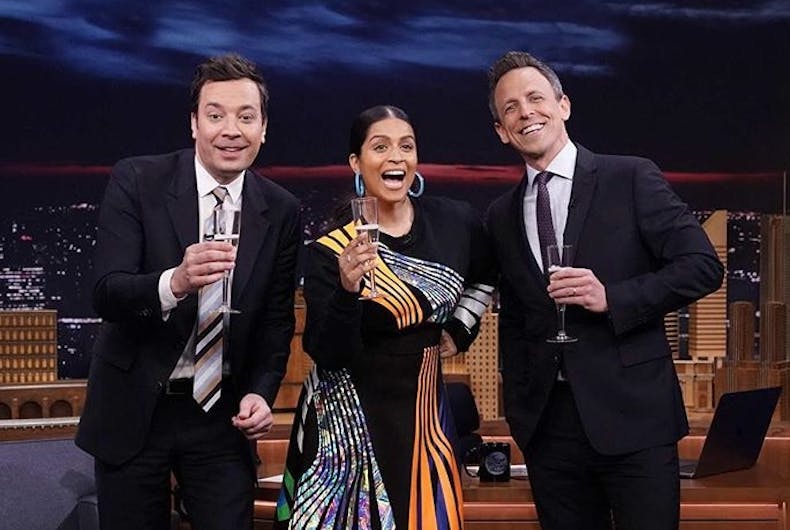 Lilly Singh announced that she is getting a late night comedy show on NBC.

Singh, who is best known for her YouTube channel IISuperwomanII which has almost 15 million subscribers, announced her show on The Tonight Show Starring Jimmy Fallon.

A Little Late with Lilly Singh will air at 1:35 a.m. after Seth Myers’s show and will start in September, in the timeslot Carson Daly’s show once held.

Singh said that the show will feature interviews and comedy segments, just like any other late night show. It will be “kind of like my YouTube channel, but now I have more than three staff members.”

She will be an LGBTQ woman of color working in a medium that is overwhelmingly straight, white, and male.

“I want to give a shout-out to all the women who’ve came before me and are currently in this space because I couldn’t have done that without paving the path,” she told Fallon.

“But I do think it’s a little awesome for an Indian-Canadian woman.”

Last month, Singh came out as bisexual on Twitter.

Throughout my life these have proven to be obstacles from time to time. But now I’m fully embracing them as my superpowers.

No matter how many “boxes” you check, I encourage you to do the same x