The utter power and strength of the LGBTQ community allows us to control the course and potency of hurricanes, floods, fires, droughts, and pandemics. Thus, we get to determine who lives and who dies, who retains their treasured belongings and who gets wiped out and washed away.

That is, if you believe the theocratic right who hold us responsible for causing many of the greatest (un)natural disasters of modern times – and this goes back centuries.

In 534 C.E., Roman Christian Emperor Justinian published his Justinian Code with its anti-Jewish and anti-same-sex regulations, claiming these groups were undermining the very foundations of Roman society and would ultimately destroy all life on this planet.

Regarding same-sex sexuality, the Code stated, “For because of such crimes [as men engaging in same-sex relations], there are famines, earthquakes, and pestilences…. If, with eyes as if were blinded, we overlook such impious and forbidden conduct, we may provoke the good God to anger and bring ruin upon all.”

The latest installment from the loony bin came from Colorado when radio talk show host and pastor, Kevin Swanson, accused homosexuals of causing the deadly wild fires raging across California as well as those last year.

“So God is burning down California in 2017 and 2018 after about 25 years of leading the pack to legitimize the sin of homosexuality in that state,” he said. This is the same pastor who appealed for the execution of gay people in the name of God back in 2015.

Swanson’s demented “reasoning” asserts that the wild fires are the result of God’s judgment upon a state whose legislature passed a law mandating the contributions of LGBT people and people with disabilities be included in school textbooks. California approved 10 textbooks in 2017 that barely included LGBT history.

Swanson refers to the FAIR Education Act as a “bill that encouraged homosexual indoctrination in California public schools for six-, seven-, eight-, nine-, and 10-year-olds.”

Referring to 2017 in his absurdist cause-and-effect conspiracy, “It was the year that California introduced 10 textbooks into public schools that turned sodomites – that is, men from Sodom doing what men from Sodom like to do,” he continued, “and turning pedophiliacs and homosexuals into heroes… It also happened to be the year that God brought the most severe possible judgment on California.”

Swanson also argued that last year’s Hurricane Harvey was caused by Houston recently “having a very very pro-homosexual mayor,” and because of the city’s refusal to repent from its “sexual perversion.”

Swanson said on his radio program, “Jesus sends the message home, unless Americans repent, unless Houston repents, unless New Orleans repents, they will all likewise perish. That is the message that the Lord Jesus Christ is sending home right now to America.”

Adding to Swanson’s list of factors bringing on the devastating storm, he attempted to position Christians as the victims in this drama by accusing Huston of “persecuting pastors and churches.”

Swanson asserted in 2015 that God gives HIV/AIDS to homosexuals as “retribution to their sexual habit.” This, he said, is a sign of God’s kindness because having the virus makes it more likely they will renounce their homosexuality, thereby saving them from eternal damnation.

In a 2016 a column on a far-right religious “news” site in an article titled “Hurricane Matthew Is The Wrath Of God Poured Out On the Cities Of Orlando And Savannah For Supporting The Evil Sodomites,” the author, Andrew Bieszad, spouted off more of the same nonsense.

“Florida is a nice place, but it unfortunately has become a lot like California, representing both the best and the worst that America has to offer,” Bieszad wrote.

“This is especially true in the area of homosexuality. While there are many conservative and religious Floridians, there are a tremendous amount of sodomites and immoral activity that takes place there.”

Bieszad argued that the hurricane that hit Florida and other points in the U.S. Southeast resulted from God’s wrath directed against the scheduled pride festivals (“sodomite pride parades”) in Orlando, Florida and Savannah, Georgia. Bieszad asserted that this particular hurricane has dramatically erupted in “unnatural” ways and “is unexplained by science.”

“The word ‘hurricane’ originally comes from the Taino Indians, a people who inhabited the Caribbean and parts of Florida when the Spanish arrived in the 16th century. The original word, ‘Huracan,’ was a god of evil in their pagan religion, and the natives thought that these storms were attacks from this evil deity,” he wrote. “Interesting.”

In addition, Bieszad asserted that it was no mere coincidence that this hurricane holds the name “Matthew.” Saint Matthew is depicted as an angel in the Christian Bible, and angels are “the ones obedient to God [who] always play important roles in executing God’s will, both for aiding man in his struggle for righteousness and punishing him in accordance with God’s will.”

In May 1978, Anita Bryant, Florida Orange Juice queen and chief organizer of her so-called “Save Our Children” campaign to overturn a gay-rights ordinance of Dade County, called homosexuals “human garbage,” and blamed the drought then overtaking California on their sinful behavior.

In addition, others blamed the torrential winds, rain, and devastating flooding of Hurricane Katrina in 2005 on LGBT people. Reverend John Hagee, evangelical pastor of a “mega-church” in Texas, was quoted in an interview in 2006 saying that “God caused Hurricane Katrina to wipe out New Orleans because it had a gay pride parade the week before and was filled with sexual sin.”

Televangelist Pat Robertson has regularly claimed he talked to God who told him of an upcoming calamity.

After Orlando, Florida city officials in 1998 voted to fly rainbow flags high atop city lampposts during Disney World’s annual Gay Days events, Robertson issued a stern warning to the city, saying, “…I don’t think I’d be waving those flags in God’s face if I were you. … [A] condition like this will bring about the destruction of your nation. It’ll bring about terrorist bombs, it’ll bring earthquakes, tornadoes, and possibly a meteor.”

Following the horrific events of September 11, 2001, Robertson, along with his conspiratorial-theorist evangelical buddy, Jerry Falwell, reiterated past warnings.

Falwell, with an air of righteousness, proclaimed on Robertson’s 700 Club on the Christian Broadcasting Network on September 13, 2001, “I really believe that the pagans, and the abortionists, and the feminists, and the gays and the lesbians who are actively trying to make that an alternative lifestyle, the ACLU, People for the American Way, all of them who have tried to secularize America, I point the finger in their face and say, ‘You helped this happen!’”

To this Robertson responded: “I totally concur.”

The cause for wide-spread and devastating health pandemics have also been laid at the feet of LGBT people. For example, Ronald Reagan, under whose presidency the AIDS pandemic was detected and spread, had not formally raised the issue until April 1, 1987 in a speech to a group of physicians in Philadelphia — a full seven years after the onset of AIDS in the United States.

During his first year in office, Reagan spoke flippantly of AIDS when he inferred that “maybe the Lord brought down the plague because illicit sex is against the Ten Commandments.”

When AIDS was perceived by many as a disease of primarily gay and bisexual men, Pat Buchanan, who served as Reagan’s Chief of Communications between 1985-1987, was quite outspoken, referring to AIDS as nature’s “awful retribution,” and saying it did not deserve a thorough and compassionate response.

Writing in 1986, Buchanan claimed, “The poor homosexuals — they have declared war upon nature, and now nature is extracting an awful retribution.”

Also, back in 1983, Buchanan demanded that New York City Mayor Ed Koch and New York Governor Mario Cuomo cancel the Gay Pride parade or else “be held personally responsible for the spread of the AIDS plague.” And later: “With 80,000 dead of AIDS, our promiscuous homosexuals appear literally hell-bent on Satanism and suicide.”

Some even fault gays for ultimately bringing about the total destruction of human life. In his annual “State of the World” address at the Vatican delivered to diplomats from 179 countries, Pope Benedict XVI, on January 9, 2012, released a dire warning stating that marriage for same-sex couples “undermine the family, threaten human dignity and the future of humanity itself.”

At a Christmas address to the Curia, the Vatican’s central administration, the pontiff likened saving humanity from homosexual and gender-variant behaviors to saving the rain forest from destruction.

“[The Church] should also protect man from the destruction of himself. A sort of ecology of man is needed,” Pope Benedict said. “The tropical forests do deserve our protection. But man, as a creature, does not deserve any less.”

The Pope warned that humans must “listen to the language of creation” and understand the intended roles of man and woman. He compared behavior outside heterosexual relations as “a destruction of God’s work.”

If there is any lesson to learn from the spate of natural disasters hitting the globe, we as a collective human species, and not God(s), have the power to destroy the planet. We also have the power to save our planet if we stand resolute in reversing our destructive and senseless use of fossil fuels, and commit ourselves to renewable clean energy sources.

Rather than blaming LGBT people, we must embrace science to save humanity from itself. 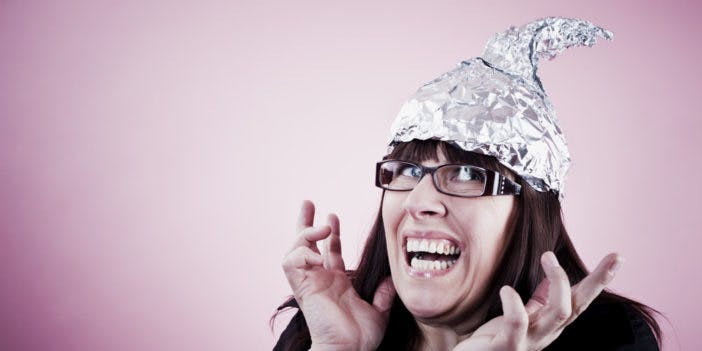 The utter power and strength of the LGBTQ community allows us to control the course of hurricanes, floods, droughts, and pandemics, and thus, we get…