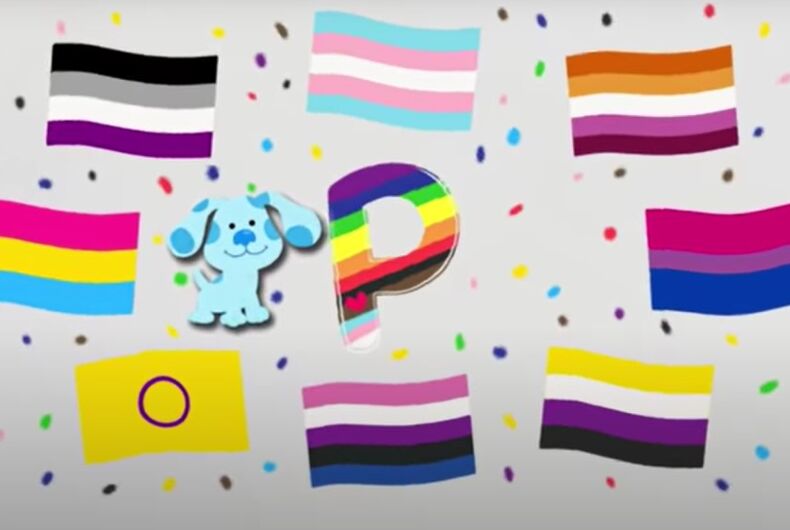 Blue, the letter P, and a whole bunch of flagsPhoto: Screenshot/YouTube

The hit children’s series Blues Clues & You! had a special message in a recent video.

The series – which is a reboot of the hit 1996 show Blues Clues – posted a video to YouTube with a song about the alphabet. And the song said that “P” stands for “Pride.”

Yes, that kind of pride.

The letters float across the screen several times before the song gets to the letter P, but the P is in rainbow flag colors and trans flag colors – along with the brown and black stripes for the rainbow flag – because their P has just that much Pride.

“P is full of Pride!” the song goes when it gets to that letter. The little puppy Blue is next to the colorful letter and surrounded by LGBTQ flags, including the bisexual pride flag, the intersex flag, and the transgender flag.

“The first thing that came to my mind was P is for pride when I got the script,” said animator Sammi WS Chan. “I am so excited that all of ya’ll are as happy as I am! I also did all the letters and graphics for this episode to be as inclusive as possible for Black History Month.”