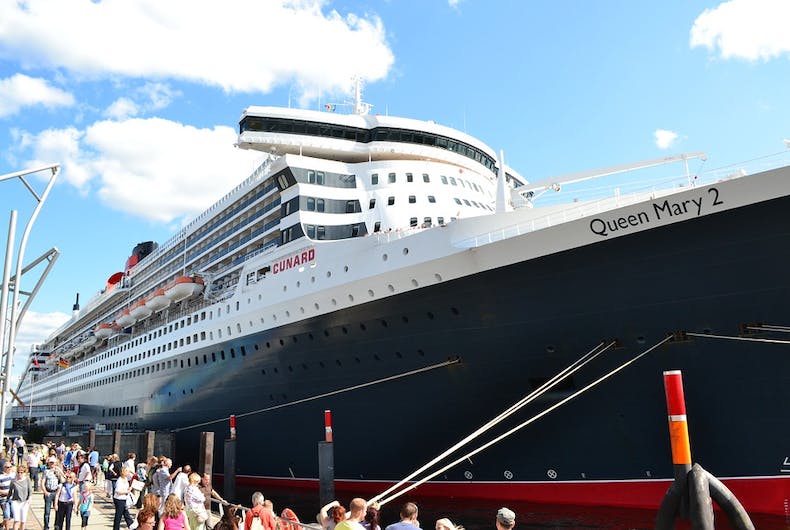 Bermuda recently became the first country to repeal marriage equality, and it immediately spurred talk of boycotts. That talk was vague at first, but now a specific company has been targeted: Cunard Line, which runs the Queen Mary 2, the world’s largest ocean liner.

Since 2001, the British-American company, which based in England, has registered its ships in Bermuda. That allows it not to pay corporation tax.

A gay couple, Jamison Firestone and his husband, cancelled their trip in protest of the move, BuzzFeed reports, and were denied a refund for their £600 deposit, and had their calls to register their ships elsewhere were ignored.

“I simply do not feel comfortable taking a cruise on a ship registered in a jurisdiction that does not accept my marriage,” he wrote.

He was told it would not be possible to offer a refund “due solely to any personal opinion of the independent laws of Bermuda,” and because “a cancellation for this particular reason would not constitute a significant alteration to the package as booked.”

Now, Firestone is calling on the LGBTQ community and allies to spend their money elsewhere unless the company stops abiding by Bermuda’s laws, flying its flag, and paying a fee to its authorities, as is required.

After Bermuda legalized marriage equality last year, the cruise liner has hosted gay weddings, according a company representative told BuzzFeed Cunard employees are “proud to be strong supporters of the LGBT community.”

However, the company did not agree to a change in their operations, simply saying that it would be “working closely with the Bermudan authorities to understand the legalities of the Domestic Partnership Act 2017 and whether we can offer our guests same-sex marriages in the future.”

Seeing as same-sex marriages are no longer legal, it doesn’t take a genius to arrive at the likely answer.

“When I made the booking I thought, ‘It’s Cunard, the boat is named after a queen of England, it’s a quintessentially British experience.’ It is supposed to buy into British values or basic values of human rights,” he said. He noted that when he booked the trip, he didn’t know where the fleet was registered, and that it didn’t used to fly the Bermudan flag.

Revoking marriage equality required the UK government to sign off through royal ascent. While it is typically a rubber stamp that gets applied to whatever legislation the country passes, LGBTQ rights advocates were hoping a rare veto would be used.

“Then I read in the newspaper that Bermuda had revoked same-sex marriage and that all ships flying its flag would no longer be able to provide weddings, including the Cunard ships. I thought, ‘That’s not what I signed up for. My romantic experience isn’t supposed to be sailing on some ship registered to a jurisdiction that has just decided that people like me shouldn’t be married.’”

“Back in the days of the civil rights movement, people stopped paying for public transport because they didn’t want their money going to it [segregation]. And I don’t want to pay for this,” he said. “What if they had banned interracial marriages? Would I stay on a ship from a country flying that flag? No.”

As BuzzFeed explains, the boycott could reach even further:

Cunard is in turn owned by the multibillion-dollar Carnival Corporation & plc – the largest leisure travel company in the world. It has 10 cruise line brands including P&O, which has eight ships registered to Bermuda, and Princess, which has 13 ships registered in the jurisdiction. Bermuda is heavily dependent on tourism, and earns tens of thousands of dollars annually for each ship registered there.

While registering all those ships in a different country, especially considering that at present they aren’t paying corporation tax as a result, makes Firestone’s mission an uphill battle. Still, he isn’t backing down, and has said that he is reaching out to LGBTQ leaders and organizations to show the company that their bottom line is at stake if there isn’t a change.

He believes it would make a real difference if his concerns are heard and acted upon.

“Essentially it would be saying, ‘We’re going to pull out three fleets of ships from you and take revenue plus associated services away from Bermuda for this policy. We don’t support this and we don’t feel our LGBT customers would want to support this with their money.’ So it’s more than symbolic. They should rethink.”

“You completely ignored my suggestion that Cunard, Princess and P&O move their ship registrations to a jurisdiction other than Bermuda,” Firestone wrote back to the company. “Since receiving your reply I have decided the best way to go about this is to start a dialog with other human rights lawyers, LGBT groups and the media to see if we can get the LGBT community and its supporters to start boycotting your ships until you move them.”

He included an example email he had already sent to a leading LGBTQ rights advocate, to show he wasn’t bluffing.

“This isn’t about your refusal to return my £600. That was petty and morally inappropriate but only a small issue in the big scheme of things,” he wrote. “This is about taking a stand. Every day Cunard and its sister cruise lines remain registered in Bermuda is a day you are taking a stand. The wrong stand.” 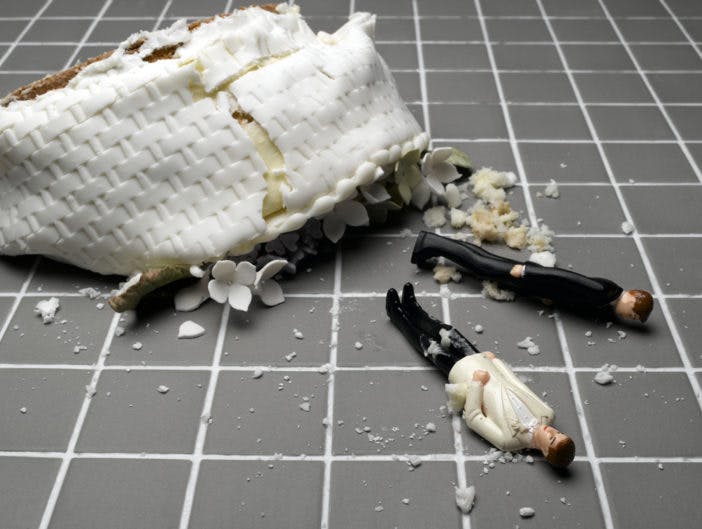 Bermuda has officially become the first country to revoke marriage equality for its citizens. The British territory voted recently to replace same-sex marriage with domestic…