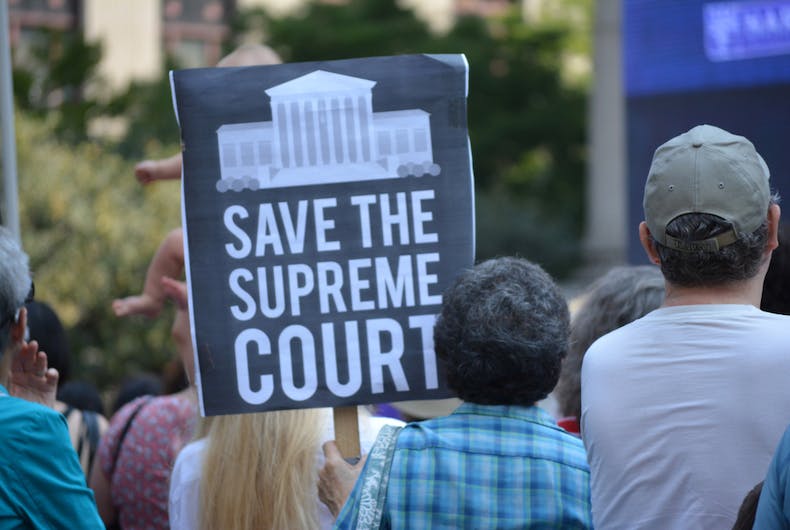 Throughout his tirade-filled rant in front of the Senate Judiciary Committee this week, Judge Brett Kavanaugh conducted a clinic on white male privilege. In doing so, he served up a clear example of the sense of entitlement many males live with in the hopefully dying Patriarchy.

On at least two separate occasions, Kavanaugh exposed what (particularly) white boys learn from family and society at large as soon as they exit the womb – that they will advance in life as far as their hard work, talents, and aggressive competitive habits will take them, regardless of their backgrounds and family status.

This notion of meritocracy, the pablum on which they are weaned, endows them with a sense of entitlement deep within the cellular level of their bodies and the recesses of their souls.

When questioned by Senator Sheldon Whitehouse (D-RI) about his heavy drinking in high school, Kavanaugh acted as if it should have been understood, replying, “Senator, I was at the top of my class academically, busted my butt in school. Captain of the varsity basketball team. Got in Yale College. When I got into Yale College, got into Yale Law School. Worked my tail off.”

Kavanaugh blurred out a similar retort to Senator Mazie Hirono’s (D-HI) query specifically about his college drinking, saying, “Senator, you were asking about college. I got into Yale Law School. That’s the number-one law school in the country. I had no connections there. I got there by busting my tail in college.”

Kavanaugh connected all the dots for those of us who may not have internalized the lessons as well as he did. The outline goes something like this:

If you are born with a penis between your legs and pink-white skin, inherit money from Christian family members, view yourself as cisgender, and work hard, you have the right to party hard and accumulate as many notches on your sexual scorecard as possible. You can be guaranteed of achieving financial success, security, and social power over others.

If anyone challenges this patriarchal endowment, you can obliterate the opposition by all means necessary with a show of force. That’s the patriarchal social contract.

“So Senators,” Kavanaugh seemed to be shouting as his subtext, “I followed the rules of conduct that I was taught. Now I demand the goodies promised to me!”

Lindsey Graham reinforced this demand toward the end of the hearings with his own blame-laden outburst. Actually, Graham out-Kavanaughed Kavanaugh, while Kavanaugh even out-Trumped Trump – the top and most visible symbol of the entitled Patriarchy.

Possibly, though, our nation is experiencing a sea change of sorts as people like Drs. Anita Hill and Christine Blasey Ford and allies are beginning to pry loose the patriarchal pillars supporting the entitlement, power differentials, and sexual abuse that men have taken as their birthright.

Maybe we witnessed the dying desperate gasps of an endangered species.