Broadway Ben Platt, best known for his role in Dear Evan Hansen, was on Ellen’s show and he talked about what coming out as a star means in 2019.

He said that he’s getting more open about being gay on his debut album, Sing to Me Instead, since his past work has mostly been playing characters and not talking about his personal life.

Ellen asked him about the response from his fans, and Platt said that they “have been really wonderfully supportive.”

“The whole kind of sexuality of it all has been encouragingly innocuous, like it has not been this big….”

“Hopefully, we’re past the time where it’s gotta be this whole giant announcement and it can just be part of who you are and part of the work,” he added.

“That’s what it should be,” Ellen said. “It should just be like, ‘Oh we happen to know that that person is gay and that should be it.”

Related: Yep, Ellen came out 20 years ago — and changed the world

Ellen noted that Platt is one award away from an EGOT (when one person has won a Emmy, a Grammy, an Oscar, and a Tony). She was referring to his Tony for Best Actor in a Musical for Dear Evan Hansen, his Grammy for the cast album from the same production, and his Emmy for Outstanding Musical Performance in a Daytime Program for performing a song from the play on The Today Show.

She also suggested that Platt, who is white, should star in a film adaptation the Middle Eastern folk tale “Aladdin” as the title character, who is Chinese in some versions of the story. He… didn’t promise anything. 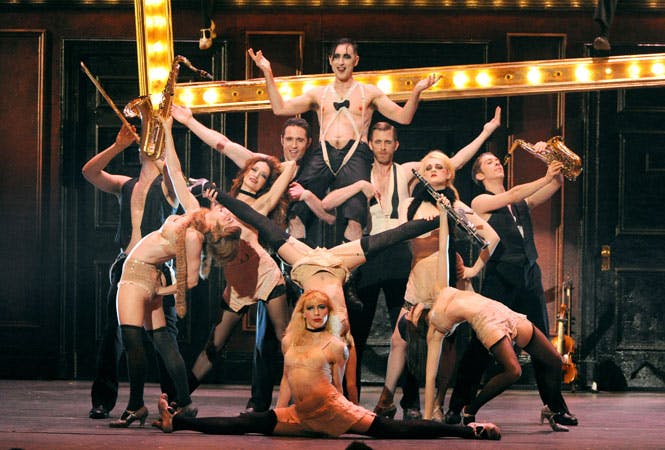