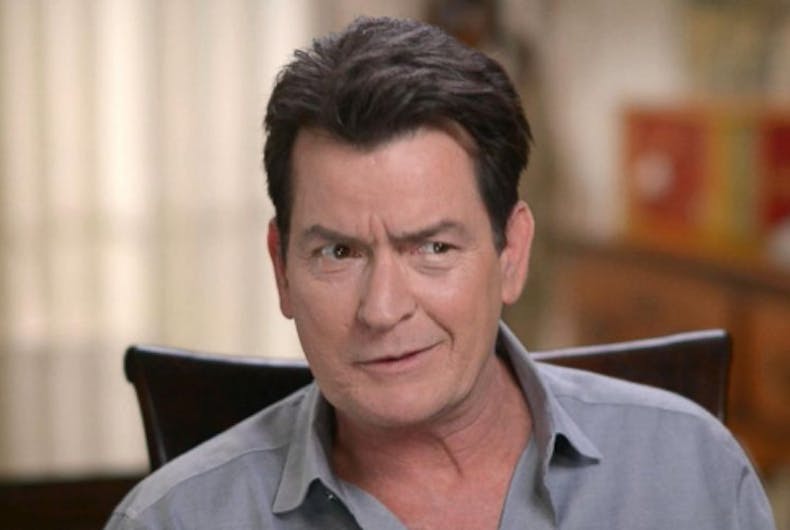 Charlie Sheen spoke with Michael Strahan on “Good Morning America” this week, where he revealed that in the depths of depression over his HIV diagnosis he contemplated suicide.

“The day I was diagnosed, I immediately wanted to eat a bullet,” Sheen admits. “But my mom was there, I wouldn’t do that in front of her, or let her find me to clean up that mess.”

He found solace in the realization that it could have been worse, saying if he had had something more serious he wouldn’t have been handed some pills and told he could go home.

“I’m so grateful for what was available when it happened, and even more grateful for what’s available right now,” he said. He added that he is currently taking part in an FDA study of a new therapy option called Pro 140, which replaces the once-a-day cocktail of drugs with a once-a-week shot.

He reports that there are far fewer side effects than what he was experiencing with the previous option. He also says his life is in a good place these days.

“Like all of us, some days are better than others, but most days are pretty frickin’ cool. I walk out in the world and it’s just warm hugs and compliments and there’s nothing but love out there right now.”

As for the “tiger’s blood” days, Sheen blames an accidental overuse of testosterone cream, which he said resulted in, essentially, a bout of ‘roid rage.

“Where do you see yourself in ten years?” Strahan asks.

“Here’s what I do know, I’ll still be here and that just might upset a few folks,” he says.

Watch a clip from the interview below.

Watch more from Strahan’s interview in the full video below.