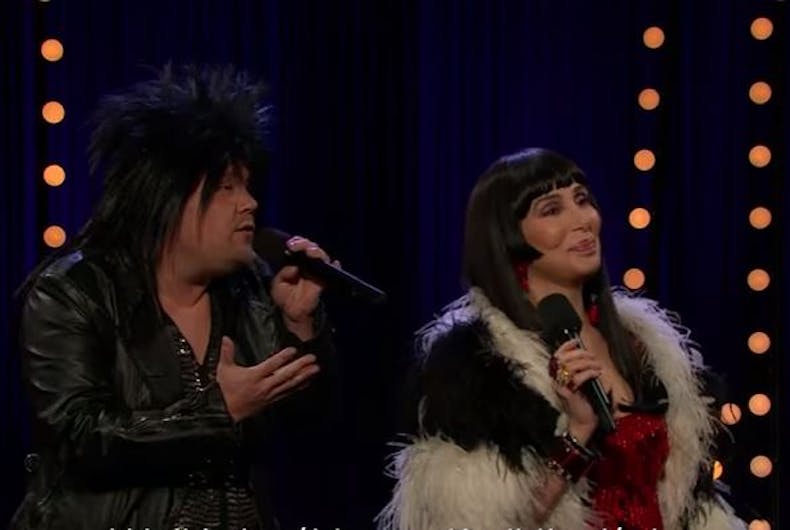 James Corden and Cher sing a parody of “I Got You, Babe.”Photo: The Late Late Show, YouTube Screenshot

The song that helped launched Sonny and Cher into stardom, “I Got You Babe,” has been an enduring hit for over 50 years.

Cher teamed up with James Corden on “The Late Late Show” to update the tune for the modern, tech obsessed age with a song parody called, “I Got You Bae.”

Cher then sat down for a revealing interview with Corden where she shared the origin story behind “I Got You Babe.” Believe it or not, she didn’t think the song would ever be popular.

It’s not the only time she didn’t see a hit coming.

“I said the same thing about ‘(If I Could) Turn Back Time,’” she admits, astounding Corden.

“Because Dianne Warren did the demo and it was terrible,” Cher says.

Watch the interview below. As a communications person myself, I can really appreciate a good PR campaign, and the best I’ve seen in a long time is the new effort…