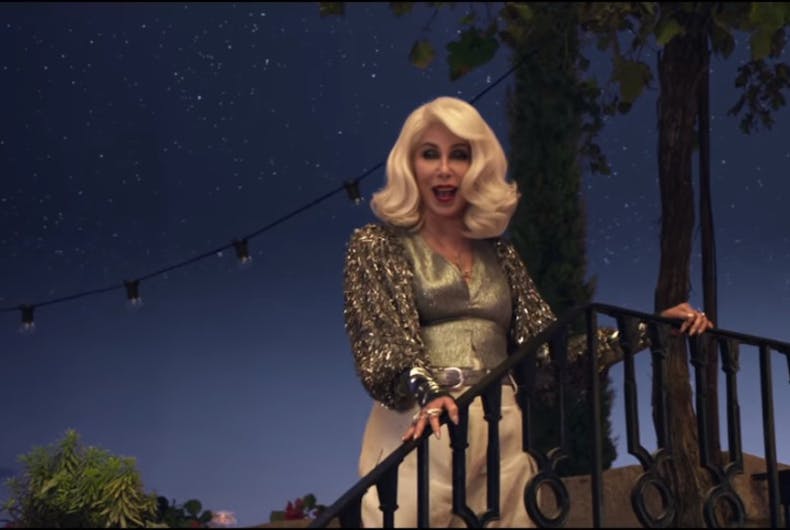 Cher in the trailer for “Mama Mia! Here We Go Again”Photo: YouTube screenshot

Just when you thought you couldn’t be any more ready for the Mama Mia! sequel, Mama Mia! Here We Go Again to hit screens…

The new trailer for the film debuted during the Grammy Awards and instantly set tongues wagging and fingers clicking with joy and anticipation.

Cher nails the ABBA hit “Fernando,” and it is rumored she will sing and least one other song on the soundtrack.

Cher teased her presence in the new film, set to be released in July, back in October on Twitter.

Mama Mia! came out a decade ago, and this marks the first time Cher will be on the big screen since 2010.

Watch the trailer below.

Fans are here for it.

Cher also appeared in a prerecorded bit during the Grammy Awards, reading excerpts of Michael Wolff’s Fire and Fury: Inside the Trump White House, alongside the likes of Hillary Clinton, John Legend, Snoop, Cardi B, and DJ Khaled. 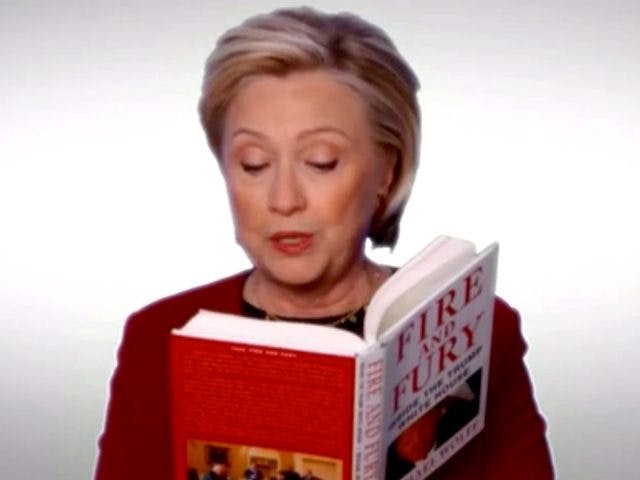 Hillary Clinton reads an excerpt from Michael Wolff’s “Fire & Fury” at the Grammys.Photo: Screenshot Several celebrities appeared in a sketch at the Grammy Awards…

Cancel reply
Cher nails an ABBA classic in the new ‘Mama Mia!’ sequel trailer that has everyone talking