I have studied and written about issues of dominant group privilege and oppression for decades, and I co-edited a book, Investigating Christian Privilege and Religious Oppression in the United States, with Khyati Joshi and Ellen Fairchild. So when I was asked to appear on the “Watters’ World” program on the Fox cable network, I assumed it was because I’m an expert in the field.

I have constructed a definition of Christian privilege as the overarching system of advantages bestowed on Christians. It is the institutionalization of a Christian norm or standard, which establishes and perpetuates the notion that all people are or should be Christian thereby privileging Christians and Christianity, and excluding the needs, concerns, ethnic/religious cultural practices, and life experiences of people who are not Christian.

Long before my invitation to appear, I tuned into the Fox channel and specifically to “Watters’ World” on several occasions to get an overall sense of how this conservative media outlet reflected political issues. Understanding full well Fox’s far-right bias, I accepted the producer’s invitation to appear with very minimal expectations related to the network and host’s “fair and balanced” perspective on the issues to be addressed.

I had assumed, however, by talking with the program’s producer, that the show had at least done its due diligence by constructing a reasonable and well-thought-out agenda. Maybe I was simply unduly optimistic and naïve, but this was why I accepted her invitation to appear.

In preparing for my interview, I constructed the points I hoped to address beginning with a historical background: Alexis de Tocqueville, French political scientist and diplomat, who traveled across the United States for nine months between 1831-1832 conducting research for his epic work, Democracy in America.

He was astounded to find a certain paradox: on one hand, he observed that the United States promoted itself around the world as a country separating “church and state” (which itself is a Christian term since primarily Christians refer to their houses of worship as “churches”), where religious freedom and tolerance were among its defining tenets, but on the other hand, he witnessed that: “There is no country in the world where the Christian religion retains a greater influence over the souls of men than in America.”

He answered this apparent contradiction by proposing that in this country with no officially-sanctioned governmental religion, denominations were compelled to compete with one another and promote themselves to attract and keep parishioners, thereby making religion even stronger.

While the government was not supporting Christian denominations and churches, per se, religion to Tocqueville should be considered as the first of their political institutions since he observed the enormous influence churches had on the political process.

Though he favored U.S.-style democracy, he found its major limitation to be in its stifling of independent thought and independent beliefs. In a country that promoted the notion that the majority rules, this effectively silenced minorities by what Tocqueville termed the “tyranny of the majority.”

This is a crucial point because in a democracy, without specific safeguards of minority rights — in this case minority religious rights — there is a danger of religious domination or tyranny over religious minorities and non-believers. The majority, in religious matters, have historically been adherents to mainline Protestant Christian denominations who often imposed their values and standards upon those who believed otherwise.

I caution us, though, not to conceptualize dominant group privilege monolithically, or as a binary with those who “have it” and those who “don’t have it.” We must factor into the equation issues of context and intersectionality of identities.

Social theorist, Gunnar Myrdal, traveled throughout the United States during the late 1940s examining U.S. society following World War II, and he discovered a grave contradiction or inconsistency, which he termed “an American dilemma.”

He found a country, founded on an overriding commitment to democracy, liberty, freedom, human dignity, and egalitarian values, coexisting alongside deep-seated patterns of racial discrimination, privileging white people, while subordinating peoples of color. While racism continues, this contradiction has been powerfully reframed for contemporary consideration by religious scholar, Diana Eck:

The new American dilemma is real religious pluralism, and it poses challenges to America’s Christian churches that are as difficult and divisive as those of race. Today, the invocation of a Christian America takes on a new set of tensions as our population of Muslim, Hindu, Sikh, and Buddhist neighbors grows. The ideal of a Christian America stands in contradiction to the spirit, if not the letter, of America’s foundational principle of religious freedom.”

An inclusive model, one that ensures individuals’ and groups’ freedom of as well as from religion is the concept and a national goal of “cultural and religious pluralism.”

The Jewish immigrant and sociologist of Polish and Latvian heritage, Horace Kallen (1915), coined the term “cultural pluralism” to challenge the image of the so-called “melting pot,” which he considered to be inherently undemocratic. Kallen envisioned a United States in the image of a great symphony orchestra, not sounding in unison (the “melting pot”), but rather, one in which all the disparate cultures play in harmony and retain their unique and distinctive tones and timbres.

As educators raise issues of dominant group privilege, and we pose questions of power, control, and domination in our classes and in the larger society, invariably we experience resistance.

“This is America. We don’t redistribute wealth. You earn it!”

I witnessed this bumper sticker, decked out in bright red, white, and blue lettering, attached to the post holding my neighbors’ mailbox as I walked my dogs. For my neighbors to display this placard proudly in their front yard, they would have to hold several assumptions not merely related to this country’s economic and social systems, but possibly even more essentially, about its very character.

From the time of our birth and throughout our lives, society feeds and continually refeeds us the pablum of meritocracy until it becomes an essential element of our nervous systems.

The hegemonic discourse goes something like this: For those of us living in the United States, it matters not from which station of life we came. It matters not about our backgrounds and social or personal identities. We each have been born into a system that guarantees equal and equitable access to opportunities. Success is ours through hard work, study, ambition, merit, and by deferring gratification to later in our lives. We will succeed if we “keep our nose stuck to the grindstone” (ouch!) and “pull ourselves up by our bootstraps” (without falling over on our heads).

This concept of “meritocracy” is founded on the premise of “personal responsibility,” and those who do not achieve success must accept personal responsibility for their failures. Maybe they did not try hard enough. Maybe they failed to scale any barriers that could have been placed in their way because they did not have sufficient will and self-control, fortitude, intelligence, character, or because they simply made bad choices.

While of course we are all accountable and liable for our actions, what impact do the social conditions of our nation have on our personal success?

This very question triggers immediate reactions in many people, for it challenges the foundation of the United States as a meritocratic nation by asking: How can patterns of systemic oppression operate within a system of meritocracy? How can I have certain unearned dominant group privileges when I was taught to believe that my success or failure rests totally within my own personal control?

Rather than having to sit with and attempt to understand the cognitive dissonance and sense of narcissistic injury these questions raise, many people negatively react, resist, deny, and sometimes vehemently attack the very notion of dominant group privilege and those who carry the message, as was evident in my very brief appearance on Watters’ World.

Obviously, the fish in Watters’ World could not and would not see or feel the water of Christian privilege since it is so pervasive, so taken for granted, so normalized. 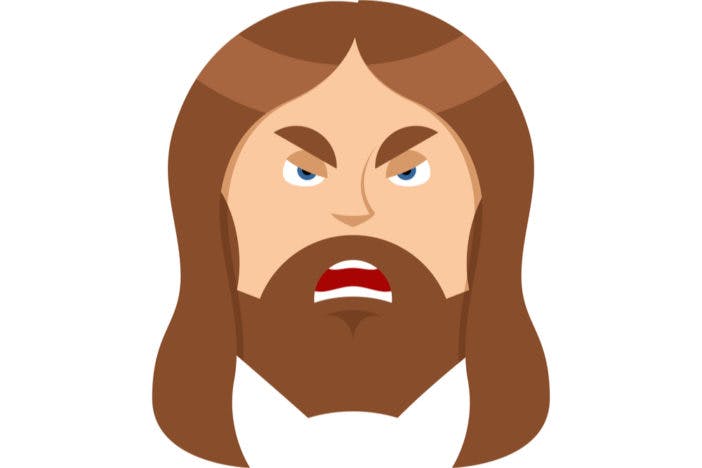 “Take Joseph and Mary. Mary was a teenager and Joseph was an adult carpenter. They became parents of Jesus.” –Jim Ziegler, Alabama state auditor “The… 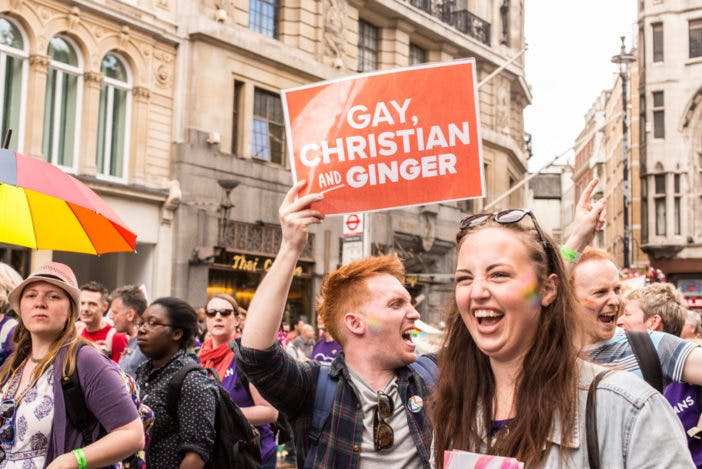 Cancel reply
Christian privilege: What is it? Why doesn’t Fox News want to talk about it?