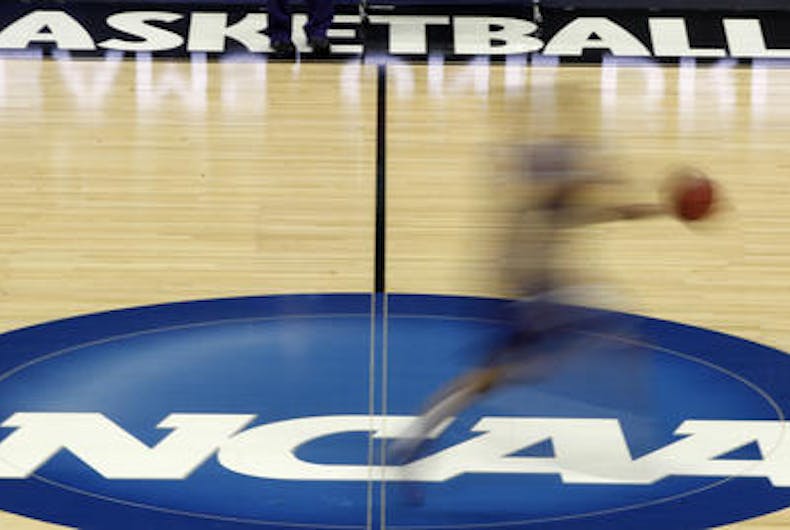 FILE – In this March 14, 2012, file photo made with a long exposure, a player runs across the NCAA logo at midcourt during practice in Pittsburgh before an NCAA tournament college basketball game. Duke and North Carolina State were among the top 16 projected seeds the NCAA revealed Monday, Feb. 6, 2017 for the women’s basketball tournament in March, making them potential hosts in a state that’s lost several sports events because of a divisive law. Photo: (AP Photo/Keith Srakocic)

NEW YORK (AP) — Duke and North Carolina State were among the top 16 projected seeds the NCAA revealed Monday for the women’s basketball tournament in March, making them potential hosts in a state that’s lost several sports events because of a divisive law.

The NCAA pulled seven championships from North Carolina in September, including the first two rounds of the 2017 men’s basketball tournament, because of the law that limits protections for LGBT people.

But the NCAA allows games to be played when teams earn the right to host — those aren’t predetermined sites, meaning Duke and N.C. State could hold women’s tournament games on their campuses.

“We don’t pick teams on who can host or not,” women’s basketball selection committee chair Terry Gawlik said in a phone interview Monday. “That never entered into our discussion.”

The law, known as HB2 and enacted last year, excludes gender identity and sexual orientation from local and statewide anti-discrimination protections. It also requires transgender people to use restrooms at schools and government buildings corresponding to the sex on their birth certificates.

The men’s NCAA Tournament moved its site from Greensboro to South Carolina, and this month’s NBA All-Star Game was shifted from Charlotte to New Orleans.

Duke was seeded 12th and N.C. State 15th by the women’s committee, providing a snapshot of the tournament field if the season ended now. There’s still a month left in the regular season.

This was the second time this season the NCAA revealed its top 16 teams.

UConn, Baylor, South Carolina and Mississippi State remained the projected No. 1 seeds. The four schools were also the top teams when the women’s committee did its first reveal last month.

“The number ones are the same,” Gawlik said. “There was some discussion about Mississippi State going over South Carolina, but we kept it the same.”

Following the top four seeds were Florida State, Notre Dame, Oregon State and Stanford. Maryland, which was third in the AP Top 25 poll, was ninth for the second straight reveal.

“We had a lot of discussion about where do they go,” Gawlik said. “How good a team they are. They have good players, are playing well. We felt strongly where they were given the rest of the teams even in the top 16. They only played three top 25 teams, only five top 50 in totality.”

Gawlik said the committee will keep an eye on the Terrapins, along with the rest of the teams in the country.

“On paper with what it looks like with team sheets, it’s still a struggle for them, comparable in top 25 and top 50. You never know what happens.”

Washington, Texas and Duke follow the Terrapins. Louisville, UCLA, North Carolina State and DePaul round out the 16 teams.

The committee will do one final top 16 reveal on Feb. 20. The bracket will be unveiled on March 13.

The men’s NCAA committee, taking a page from the women, will do a reveal of their top 16 seeds on Saturday. 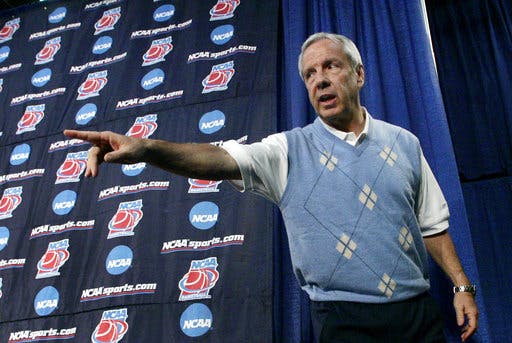