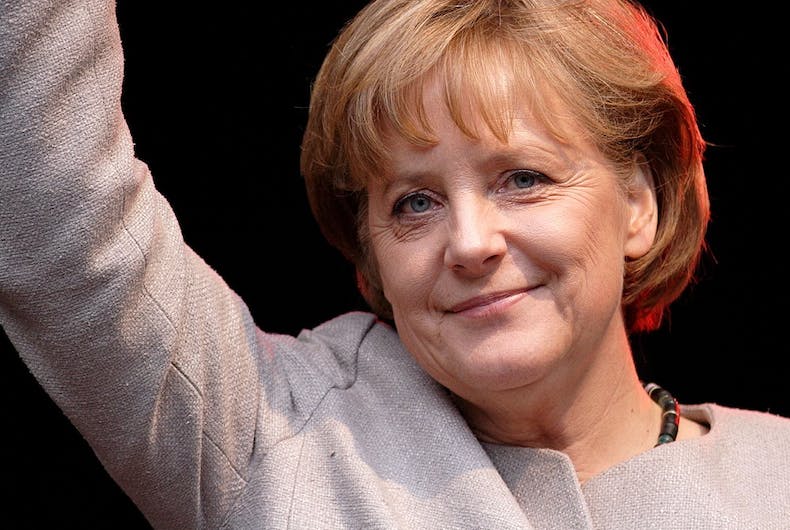 A new poll shows that 75% of Germans favor same-sex marriage.

Germany does not allow same-sex marriage. Instead, it has a system civil unions that do not grant the full rights of marriage, notably in the area of adoption.

Germany is part of a group of socially progressive countries where the population favors same-sex marriage but the government has yet to enact it. 73% of Austrians support same-sex marriage, along with 62% of Australians, 60% of Chileans, 69% of Mexicans, 70% of Northern Ireland, 69% of Swiss people, 56% of Italians, and 56% of Greek people. Even Finland just started recognizing same-sex marriage a month ago.

But lawmakers aren’t just looking at what percentage of the population supports or opposes a measure when deciding it; they’re also concerned about how much of a headache supporters or opponents could cause them.

Most people who support same-sex marriage rights are straight and support it because of a live-and-let-live mentality, so they’re unlikely to change the way they vote based on this issue. Opponents, though, see this issue as something that would affect them personally and negatively, and are likely to make a stink if they don’t get their way.

German Chancellor Angela Merkel has explicitly said she opposes same-sex marriage in Germany. “For me, marriage is a man and a woman living together,” she said in an interview.

And yet her approval rating was 74% in January. Quite a few of those people who favor same-sex marriage are telling pollsters that they approve of her, probably because the issue just isn’t that important to them.

The best that a minority group can hope for is that most people in the majority will just not care about them anymore. The progressive position is effectively the neutral position, which means that it can’t balance out active hatred.

When most people support something that will affect no one besides a small group of people and it still can’t make it through the political process, the problem is the politics, not democracy. This is one of the main reasons why there’s nothing anti-democratic about going through the courts to secure equal rights.