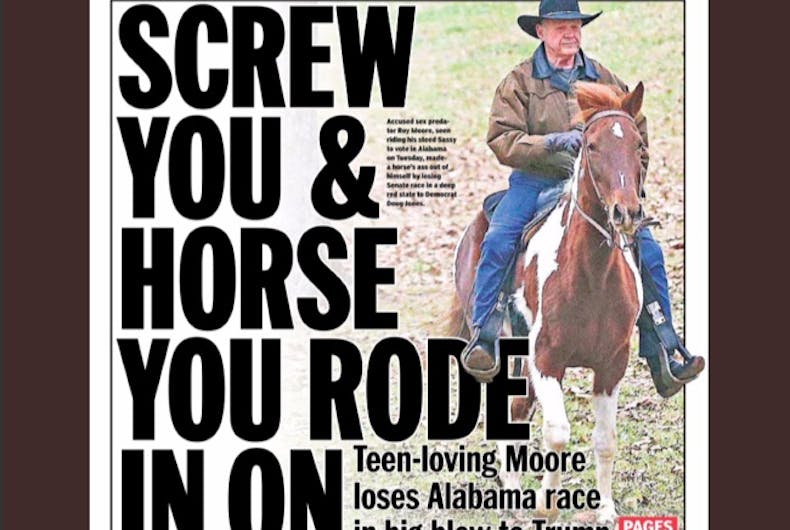 Here’s the second in our year-in-review series, Silver Linings 2017.

Republican Roy Moore promised to be the most homophobic Senator since the late, unlamented Jesse Helms. But the Alabama theocrat and erstwhile judge managed the impossible: he lost in a state that voted for Trump by a margin of 28 percentage points. Of course, those pesky allegations of Moore cruising the mall in his thirties for teenage girls didn’t help.

Still, Moore’s loss shows that even in the most conservative states, voters have their limits. More important, Doug Jones, the Democratic winner, ran a really smart, positive, centrist campaign that showed turnout makes all the difference. (Jones’ gay son is an extra thumb in the eye to Moore.)

His success sends a strong signal that the Democrats are poised to make major gains in next year’s midterm elections.

Normally, the party in power takes a hit during mid-terms, but all signs right now are pointing to a rout.

And in the meantime, Roy Moore lost his chance for a national platform. Consider it an early Christmas or late Hannukah gift.

And I’m not in prison cuz being gay isn’t illegal. In fact, you lost on my WEDDING ANNIVERSARY 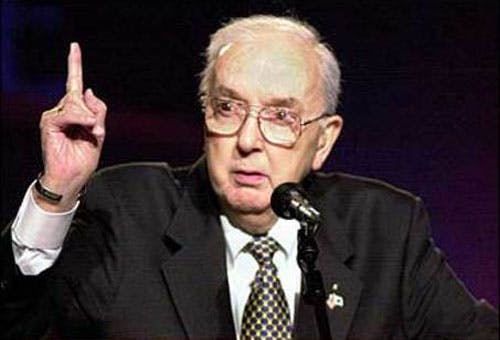 During his stellar career of hate politics, the late U.S. Sen. Jesse Helms (R-N.C.), in a televised interview brought up his favorite subject: homosexuals. They…