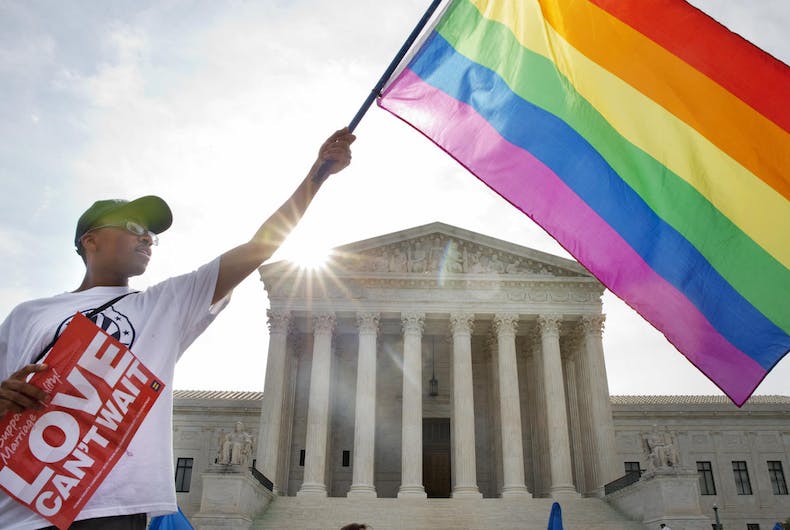 Carlos McKnight of Washington, waves a flag in support of gay marriage outside of the Supreme Court in Washington, Friday June 26, 2015. Photo: AP Photo/Jacquelyn Martin

Here’s the first in our year-in-review series, Silver Linings 2017.

There was a lot of speculation that Justice Anthony Kennedy would step down at the end of the last term. At 81, he deserves a break after penning such remarkable pro-LGBTQ decisions in cases ranging from Romer v. Evans to Obergefell v. Hodges.

As the swing vote on gay issues and their most eloquent supporter, Kennedy would no doubt have been replaced by an ultra-conservative in the Neil Gorsuch mold, paving the way for a right-wing clawback of the gains we’ve made. Perhaps to protect his legacy from such regressive legal forces, Kennedy stuck around.

As we head into the holidays and new year, let’s reread his eloquent tribute to love that was the last graph of Obergefell v. Hodges that brought so many to tears:

At the same time, Justice Ruth Bader Ginsburg (who doubles as a Justice League superhero) shows no signs of slowing down at age 84. Her refusal to retire is denying Trump another Court appointment. With Kennedy, she forms a firewall against the antigay hordes eager to return to pre-equality days. If both were to retire or die before Dems can retain the Senate majority, we’re looking at a 7-2 Trump majority. Game over.

Their willingness to keep working is something truly to be grateful for. 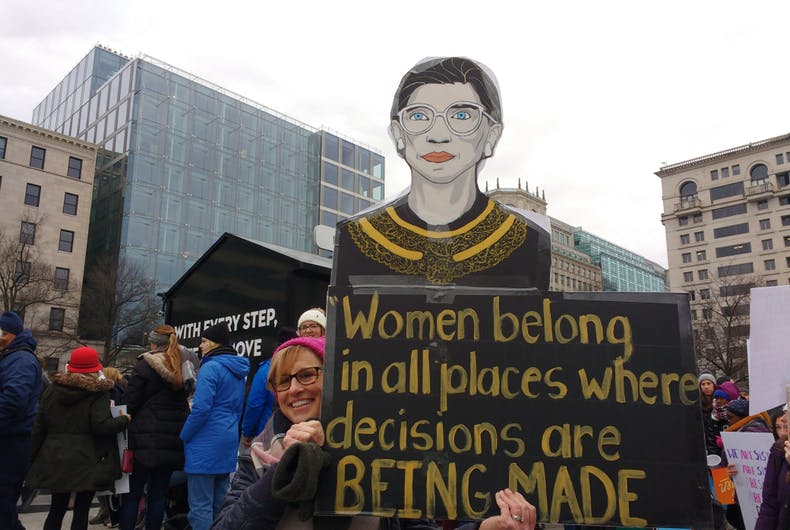 January 19 2019: Women’s March on WashingtonPhoto: Shutterstock Supreme Court Justice Ruth Bader Ginsburg has died, the court announced this evening. Her death is a…