Several times each day, pundits label President Trump’s actions in terms like “unprecedented,” “abnormal,” and “surprising,” and describe him as “breaking norms,” “going against traditions” and “standard practices,” “violating rules,” “a disrupter” and “a street fighter.”

Though Trump’s conduct is certainly unprecedented and surprising in the annals of presidential history, when examined under the psychological lenses of personality disorders, it becomes clear.

One does not have to have earned a master’s degree in psychology to identify Donald Trump as someone suffering from personality disorders; he clearly manifests many if not all of its symptoms.

Someone who has Antisocial (a.k.a. Sociopath) Personality Disorder repeatedly discounts or infringes on the rights of others, and is unreliable. A person with antisocial personality disorder often violates social norms and rules, constantly and pathologically lies, manipulates, cheats, betrays others, acts rashly, lacks remorse, shame, and guilt, needs constant emotional and physical stimulation, is often paranoid, and acts as an authoritarian.

According to Greek legend, a young man was so fascinated, awestruck, and enraptured by his own image reflected on the surface of a pool that he sat lovingly gazing at water’s edge for so long that he succumbed to his own vanity and eventually transformed into a flower that carries his name, “Narcissus.”

The APA lists narcissism as an emotional problem and “Narcissistic Personality Disorder” has a number of characteristics. These include:

While Trump has not transformed into a beautiful fragrant flower as did the character in the Greek legend, we have to ask some critical questions.

How did Trump – someone who clearly suffers from serious personality disorders – garner so much support from the electorate to have vanquished 16 Republican candidates and his Democratic challenger? How did he win the right to occupy the most important and powerful position in the world?

Trump has appealed to a nationalist strain in the United States, saying “we are the best and last great hope for the world.” Nationalism emphasizes excessive and aggressive jingoism along with an attitude of infallibility and dominance.

This notion of “American exceptionalism” (also read “American superiority”), this mantra drilled into us as soon as we exit the womb, does it not reflect a narcissistic psyche or personality disorder on a national scale?

This collective attitude of “exceptionalism,” though, separates our country from people of other nations by giving us the image of the “arrogant Americans,” which often engenders ridicule and scorn around the world.

Review the symptoms for Antisocial and Narcissistic Personality Disorders, but this time see whether they apply only to Trump or to the psyche of the country as well. 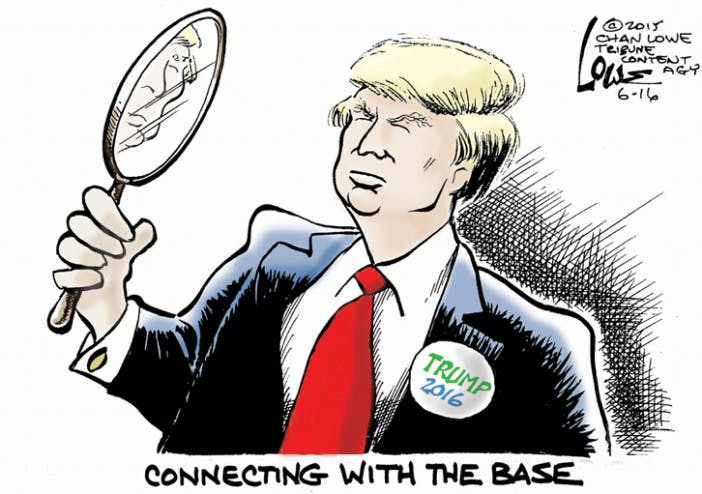 Art by Chan LowePhoto: Tribune According to Greek legend, a young man was so fascinated, awestruck, and enraptured by his own image reflected on the… 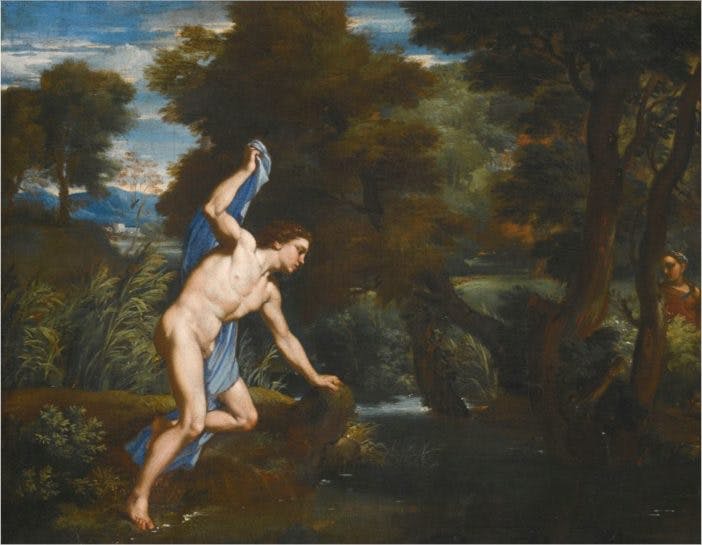 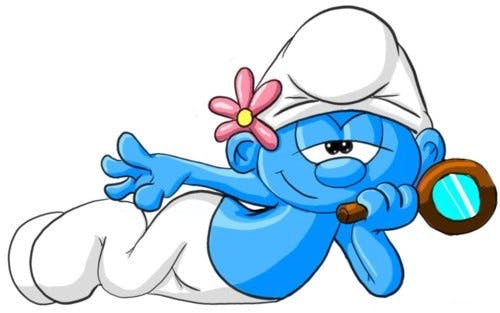 Vanity SmurfPhoto: Bil Browning According to Greek legend, a young man was so fascinated, awestruck, and enraptured by his own image reflected on the surface…