Throughout the presidential campaign, and during the transition, Donald Trump, who has virtually no international relations experience other than business, has made policy proposals and placed into nomination key officials, some who themselves have limited credentials for the positions they are to hold.

On Russia, for example, Trump encouraged Russia to cyberattack Hillary Clinton’s email server, and when the CIA offered conclusive evidence of Russia’s hacking into the Democratic National Committee, Trump has issued continual denials and challenges to the efficiency and accuracy of U.S. intelligence.

Trump has nominated for the most important of all cabinet positions, Secretary of State, a man whose “international” and “diplomatic” background centers on negotiating oil and natural gas extraction and distribution deals with foreign governments, including Russia and many other repressive regimes like Chad, to line the pockets of repressive dictators.

Prior to the U.S. and other western governments imposing economic sanctions on the Russian government over its invasion of eastern Ukraine and annexation of Crimea, Secretary of State-designate Rex Tillerson, CEO of ExxonMobil corporation, negotiated an estimated $500 billion agreement with the dictator, Vladimir Putin, and the Russian petroleum industry. Putin presented Tillerson the highest honor for a civilian in 2013 with the Russian Order of Friendship Award.

Since taking office after the resignation of Boris Yeltsin on December 31, 1999, Putin stands now as the richest person in the world. Both Tillerson and Trump will profit enormously by eliminating the sanctions.

The term useful fools (Russian полезные дураки, tr. polezniye duraki) refers in Russian to a person perceived as a beneficial mouthpiece for policies they do not fully understand, and who are contemptuously exploited by leaders for a goal or cause.

Though often attributed to Vladimir Lenin, controversy surrounds its actual coinage. It seems very clear, however, that Donald J. Trump has and will continue to serve as Vladimir Putin and other demagogues’ useful fool in the scope of international relations (and domestic issues), since he knows either nothing, does not fully understand foreign policy issues, and quite possibly does not want to know.

In his refusal to take daily intelligence briefings or delve deeply into these issues, he demonstrates his lack of interest in learning. He claimed he “knows more about ISIS than the generals.”

In addition, Trump said that he would “certainly look at” pulling the United States out of the North Atlantic Treaty Organization (NATO) because it is “obsolete” and “is costing us a fortune.” The alliance came together following WWII to thwart Soviet Russian aggression.

Trump proposed constructing a giant “beautiful” wall on our southern border that, he promised, Mexico will pay for, and he wants to kick out up to eleven million undocumented workers and their children.

He suggests imposing an unconstitutional religious standard on immigration by calling for the exclusion of Muslims from entering the U.S., while calling for a national registry of Muslims already in the U.S.

He proposed placing tariffs, as high as 35%, on Chinese and Mexican imports, which would cost U.S. consumers an estimated $250 billion a year.

Trump has denied climate change science, referring to it as a “con job” and a “myth.” He has asserted that the notion of global climate change was “created by and for the Chinese in order to make U.S. manufacturing non-competitive.” Trump promised when he takes over the Oval Office, he will pull the U.S. out from the United Nations’ Paris Agreement on Climate Change.

His choice of Rick Perry from oil-rich Texas as his Energy Secretary (a department Perry wanted to abolish in his infamous “oops” moment during his failed presidential run in 2012), plus Tillerson, also from Texas and big oil as Secretary of State, bodes poorly at best for the world’s climate.

Trump supported Britain exiting (Brexit) the European Union, and has encouraged other countries to follow suit.

In March 2016, Trump suggested that he might support Japan and South Korea in developing nuclear weapons in response to North Korean threats. He would also take U.S. troops out of Japan and South Korea unless these countries contributed more to cover the costs. He said he might even shoot a preemptive strike into North Korea if it does not abandon its nuclear weapons program.

He wants to reverse some of the normalization policies the U.S. negotiated with the Cuban government unless and until it increases its human and religious rights policies.

On his initiatives toward Israel, Trump has willingly served as Israeli Prime Minister Benjamin Netanyahu’s useful fool by supporting Israel’s annexation of portions of the occupied West Bank, and officially recognizing Jerusalem as its capital.

Trump’s proposed U.S. ambassador to Israel, David Friedman, makes Netanyahu appear as a kumbaya peacenik in comparison. Friedman, a far-right-wing lawyer, does not support a “Two State Solution,” but does support a Jerusalem capital, the “settlement” program, and Israel’s annexation of the occupied West Bank. Though declared illegal under international law, as has the annexation of Ukraine by the Russians, approximately 570,000 Israelis live in the more than 130 so-called “settlements” (a.k.a. stolen land) since the 1967 War.

If the Trump, Friedman, and Netanyahu plans are enacted, they will hammer the final nail into the coffin of a Palestinian/Israeli peace.

It must be noted that David Friedman, a bankruptcy attorney, defended Trump in relation to his Atlantic City casinos.

The only policy connected to international relations, of a sort, which I can stand behind (or possibly in front of), is Trump’s call to replace the tacky green marble tiles behind the podium in the great hall at the United Nations building in New York City. (They are tacky, but then again, so too is Trump’s gold-everywhere design at Trump Tower.)

When all is said — with his lack of knowledge, refusal or even inability or capacity for studying the issues, far-right-leaning advisors and nominees, along with his sociopathic narcissistic personality and thin-skinned explosive temperament, which disqualify him to hold the office of the presidency – Donald J. Trump imperials the entire world and brings us closer to horrors previously only imagined in science fiction (which is the only type of science he believes). 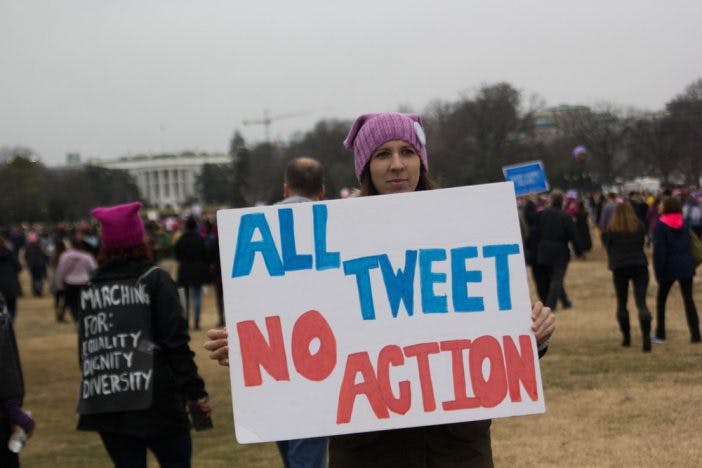