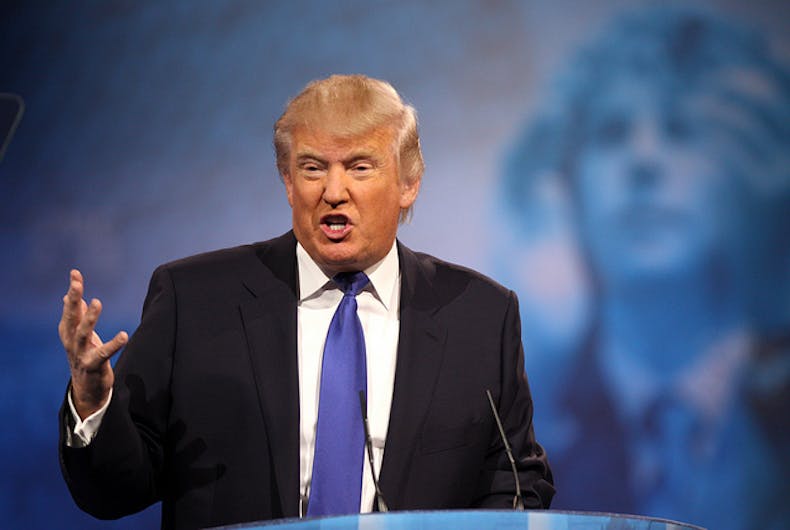 The majority of Americans are not happy with the job Trump is doing as president, polls find. Photo: Gage Skidmore

By eliminating President Obama’s Deferred Action for Childhood Arrivals (DACA) program that protected approximately 800,000 undocumented young people whose parents brought them into the United States, Donald Trump demonstrated that if he has a heart, it is composed of hard stone. If this is how he shows his love, we can only imagine how he expresses his hatred.

Obama felt compelled to issue DACA because the Congress failed consistently to pass comprehensive immigration reform. The program grants a two-year deferment from deportation of unauthorized immigrants under age 31 who arrived in the United States before their 16th birthday and before June 16, 2007.

Contrary to statements made by Kris Kobach, Kansas Secretary of State and co-chair of Trump’s so-called Voter Integrity Commission, that many DACA recipients, so-called “Dreamers,” are “gangbangers,” in fact, 95% of DACA recipients are either working or are in school. Prominent business leaders have urged Trump to extend the program since these young people have contributed substantially to the workplace and to the overall U.S. economy.

Well, Kobach, tell family and friends who are burying their beloved Alonzo Guillen, 25, who drove 100 miles to Houston from his home in Lukfin, Texas intent on rescuing victims from the enormity of Hurricane Harvey, but drowned as his boat overturned under the fury of the floods, that he was a gangbanger.

Tell the smart and talented university students in Southern California who work to put themselves through school to make a better life for themselves and their loved ones that they are gangbangers.

Tell the courageous members of the military who put their lives on the line every day to secure your freedoms, your rights, in fact, your very life that they are gangbangers.

By taking this action, Trump has killed the dreams of the dreamers by putting them under ICE (Immigration & Customs Enforcement). Though an alleged billionaire, Trump has revealed yet again his moral bankruptcy.

This latest action falls right in line with Trump killing the dreams of trans military service members with his ban on future members and termination of some medical benefits; his contributions in killing the planet and the atmosphere with his deregulation of environmental standards and reemphasis on fossil fuels; along with the Republicans in Congress, in attempting to kill the Affordable Care Act rather than shoring up guarantees for comprehensive and universal health care; and in so many other actions he has taken too numerous to enumerate.

Donald Trump possesses the opposite of the Midas touch. While he sits atop his golden toilet in Trump Tower, everything he touches turns to ash. But remember that Midas starved to death since all he touched, including his food, became indigestible.

Hopefully and finally, Trump’s ever-shrinking cadre of supporters will find his angry words and life-denying actions indigestible as well.

Cancel reply
Donald Trump possesses the opposite of the Midas touch