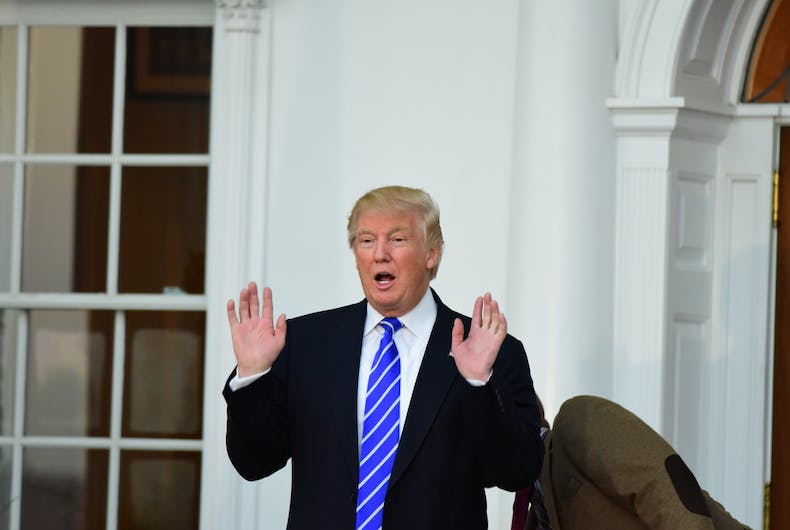 As individuals and organizations busily prepare their “best” and “worst” lists of 2017, I have compiled categories of the ten most bigly yugest really-great best-ever Trumpian lows of the year. I arrange my list in no particular order of rank, and because there are so many low lows, unfortunately I can’t include them all.

While Trump promised during the campaign that when elected as the 45th President of the United States he would hire the best, brightest, and most qualified people to serve in his administration and on the bench, he has actually taped the least qualified and least demographically diverse staff advisors and cabinet secretaries in modern history, most who have certified conflicts of interest in the positions they hold.

In addition, he has forced out experienced and competent career administrators in several departments, including the diplomatic core personnel at the State Department, without refilling these positions, most notably in international hotspots such as South Korea.

By hiring his son-in-law and daughter, he has engaged in a cynical form of nepotism, which itself poses extreme conflicts of interest.

Donald Trump talks in hyperbolic exaggeration and blatant lies while never missing an occasion to promote and give credit to himself for alleged and false successes virtually each time he moves his lips. He has conducted a campaign of attack, innuendo, name-calling, character assassination, and misrepresentation toward anyone from all stations of life who fail to bow down and kiss his ring or who challenge him on any level no matter who they are, including Gold Star families, black athletes, the cast of a Broadway musical, and former political allies.

This is even more troubling since he is considered the “leader of the free world.”

Throughout the presidential campaign, Trump posed in the guise of a “populist” of the people, by the people, and for the people. Through his actions and support for policy initiatives, he has unmasked himself as a defender of industry and the ultra-rich with an overriding concern for his own economic self-interests.

If his support for Republican attempts to repeal and “replace” the Affordable Care Act eventually succeed, an estimated 30 million lower-income workers will lose healthcare benefits. The current Republican tax “reform” bill will grant enormous tax deductions to corporations and the top 1% of the population, while ultimately raising taxes for many if not most middle- and working-class earners.

The Republicans with Trump’s support have served up once again their so-called “trickle-down,” or more formally referred to as “supply-side,” economics in the latest incarnation of their tax reform plan. “Trickle-Down” has also been referred to as the “Horse-and-Sparrow Theory”: If you feed the horse enough oats, some will pass through to the road for the sparrows. Shit happens!

In his brief time in office, Trump has declared war on the environment by proposing a substantial budgetary reduction of an estimated 24% and a staff cut of 20% to the Environmental Protection Agency, consideration of lower automobile emission and fuel efficiency standards, relaxation of prohibitions against dumping toxins like coal ash into streams and rivers, reinstatement of the environmentally damaging Dakota Access and Keystone oil pipelines, and increased coal mining, natural gas, crude and scale oil drilling.

He advised federal agencies to “identify all regulations, all rules, all policies…that serve as obstacles and impediments to American energy independence.” In addition, by loosening banking regulations, Trump has set the stage for yet another great recession or worse.

Trumps assault on transgender people is stunning. In a memo sent from his “Department of Anything-But-Justice” to US attorneys, department heads, and federal agencies, Trump’s Attorney General, Jefferson Beauregard Sessions, reversed an Obama-era policy that protected trans employees from discrimination under Title VII of the Civil Rights Act of 1964. Session made clear that his department would no longer interpret gender protections in Title VII to include gender identity and expression.

Since Trump’s inauguration, the White House website has removed reference to LGBT issues and policies from the previous administration, and reversed an Obama-era executive order permitting trans students to use school facilities most closely aligning with their gender identities.

Recently, in a three-tweet tirade, he wants to eliminate trans service members from the military.

“After consideration with my Generals and military experts, please be advised that the United States Government will not accept or allow…… ….Transgender individuals to serve in any capacity in the U.S. military. Our military must be focused on decisive and overwhelming….. ….victory and cannot be burdened with the tremendous medical costs and disruption that transgender in the military would entail. Thank you.”

In other executive orders or tweet storms, Trump has expressed his intention of expelling Dreamers and Haitian refugees of the 2010 earthquake from the U.S. 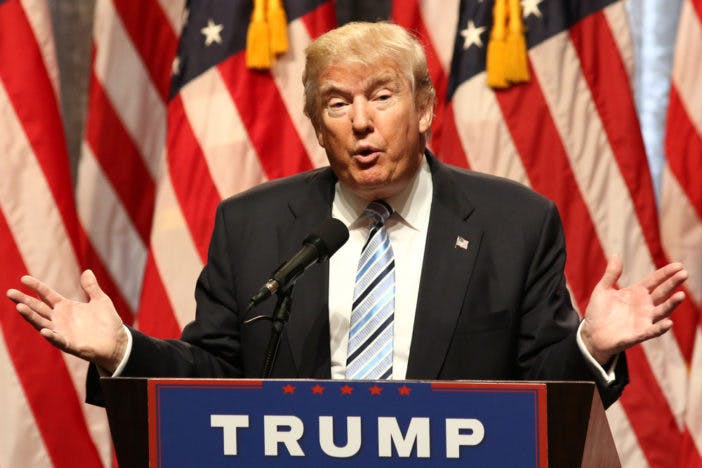 According to the Merriam-Webster Dictionary, the term “trumpery“ first appeared in the English language in the mid-15th century. Webster’s 1913 dictionary defined it as: ‘Trump´er`y’…