Once upon a time, some high priests — we don’t know what they were high on — conspired to have a man crucified; a man who wanted fellow humans to realize compassion and love for one another. The crucifixion and subsequent resurrection became what we now refer to as the first Easter.

For the purposes of this discussion and out of respect for the beliefs of others, I’ll suspend my usual disbelief that Christ and his crucifixion ever existed.

We could be forgiven, perhaps, if we allowed our imagination to suggest that a Christ like figure would appreciate flower children dancing down the pathways of ancient lands singing, “Love, love, love,” with garlands in their hair, watching lilies in the fields bloom. Even more, would He not be happy to hear modern man exclaiming that love is all that we need to give peace a chance?

Today, Easter is observed all around the planet by many people who believed that Christ had a message worth following, worth believing in, and worthy of imparting through the ages of human history.

Eventually, followers created a religion of it. Following institutionalization, it became known as Christianity. As with all institutions, dissent could not be tolerated; disbelievers were persecuted and, in Christianity’s name, people were threatened and often killed.

Sadly, for many people, it is not Christ, or even the message of Christ, which returns from the past, but the jealousies, greed and despotism of those ancient high priests who conspired to have him put to death. Many denominations resurrect the high priests’ messages of fear, inciting hate and intolerance in the congregations of today.

Richly adorned in elaborate costumes, which Christ would have detested, modern cardinals, bishops and priests from many denominations conduct ceremonial rituals, many of which include sermons that condemn people who do not subscribe to that religion. There is no small measure of similarity, which parallels the trial and persecution of Jesus Christ, when the current crop of sanctimonious priests, and their supporters, denounce sexual expressions of love.

Easter reminds us of the Passion; the suffering of the Christ figure. In its own way, that excruciation is symbolic of the suffering of all people who are bullied and tormented because they espouse the truth of their love for one another.

Priests preach that everyone is guilty of sin. Is it really surprising then, that the hypocrites of religious organizations seek to mask their own transgressions, by proclaiming those who love each other sin…abominably?

Since those ancient times, religious leaders have continually evaded the scrutiny of the people, by directing attention away from their own fallibilities. They prosecute and punish others for the very same sins indulged in by the clergy in their cloisters. The priests judge themselves, and then seek their own salvation by condemning others whom, upon repentance, they offer forgiveness, so that they themselves may feel forgiven. In granting forgiveness to others they make it possible to believe in forgiveness for themselves. It would create a lot less suffering all around if they would only realize that consensual sex is not a sin; not even for priests.

The real sins are not those of innocent lovers, but of priestly perversions of perpetual persuasion against the human right to express free will.

Mankind’s consciousness is unique, not in its freedom because we can say ‘yes’ to the demands made of us, but because we can say ‘no’ to demands we make of ourselves. This is our individual morality, our ability, our free will to think for ourselves. We can choose to accept the message of love and goodwill. We can reject the doctrine of fear and ignorance. We have the human right to be free to love one another, and express that love in shared consent.

Today’s right wing religious conformists do not condone those who dare think for themselves. Indeed, anyone denying the irrational deconstruction of Christ’s universal message of love and the turning of it into particular condemnation risks being taken to a place where, once more, bigots may practice their false witness against humanity. The innocent would be prosecuted, and condemned by a crowd incited by religious fervor, so that in the name of piety, love and purity, are yet again crucified.

That form of Christianity has locked itself into a ritual of trial and persecution reminiscent of Christ’s own inquisition and judgement. The churches constantly look for individuals to re-enact the role of the condemned Christ so that they can be excommunicated or executed. They don’t think of it like that; for the priests it’s a matter of corrupting innocence with fear, for the purposes of power and profit.

Easter can be seen as the symbolic crucifixion of love, with the spirit of compassion awaiting the resurrection of love in every human. Wherever loving companions create it, love wants to be recognized, proclaimed and honored, regardless of race, or of the sexuality of the consenting couples.

Unfortunately, the high priests of our time still preach sex is a sin; that LGBTQ love is a sin. They use the same conniving tactics as the old high priests used to convince that long ago crowd, to demand that Rome condemn and crucify Christ. They call on our politicians to change the law, condemning such love. The only marriage that is acceptable to them, for LGBTQ loving couples, is the marriage of life and death.

Sexual expression of love is denied its universally wholesome value, except in the missionary position within heterosexual marriage. In this, the clergy effectively refuse Christ’s command to spread his message of love. They claim that heterosexual marriage is the only institution that creates life, and they ignore the fact that Christ was without progeny, except for his message of love.

Although there are many decent people of many different faiths, who believe in the message of love, there are too many corrupt prelates who do not understand that in order to create a better world for all humanity, we need love; in fact all we need is love, to create love at every opportunity. Love begets love.

Easter should be a reminder to us all that when the expression of our affection for each other is condemned, as a way to satisfy primitive selfish delusions of narcissistic and pharisaic grandeur and jealousy…Love is crucified.

Opinions and advice expressed in our Views & Voices columns represent the author’s or publication’s own views and not necessarily those of LGBTQ Nation. We welcome opposing views and diverse perspectives. To submit a article, column or video, contact us here. Due to the volume of submissions received, we cannot guarantee publication, however you are invited to express your opinion in the comment section below.
Categories: Commentary
Tagged: Easter 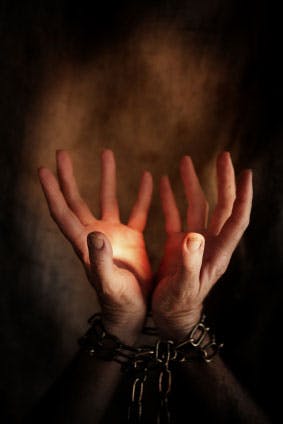 You can hold all the traditional values you want, but nothing will make those values rational, sane or relevant to reality, if they have been…