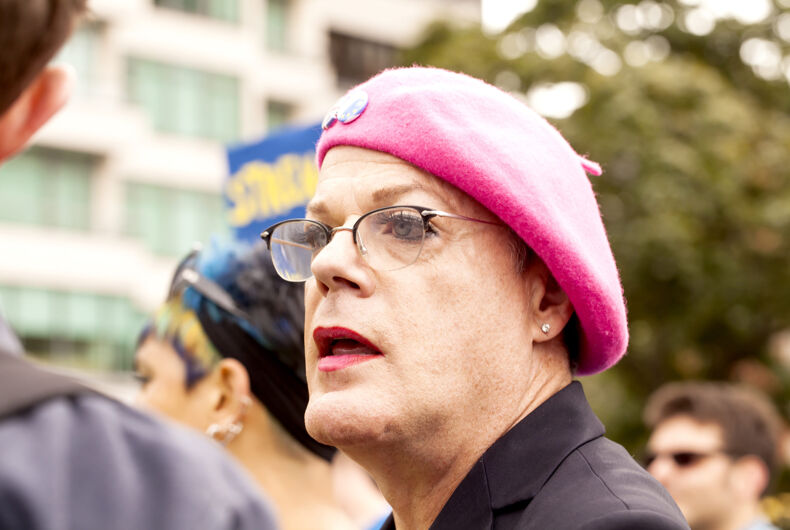 Eddie Izzard at the March for Europe on September 3, 2016 in London.Photo: Ms Jane Campbell / Shutterstock

Comedian Eddie Izzard isn’t holding back about her feelings on the United Kingdom’s current leadership. So much so, she is vying to become the first transgender Member of Parliament.

“I wanted to stand in the last election but a seat wasn’t available – but I am here. I have been an activist since 2008, a member of the Labour Party since 1995,” Izzard said. “It’s a time of great separation in our country and around the world…. let’s make connections.”

“I wish to stand, I wish to be considered for a constituency, I would love to be elected and I would love to fight for Keir Starmer to be the next Prime Minister,” she told the Sunday Mirror, speaking in favor of the leader of the Labour Party, which opposes the current Conservative Party (or Tories) in the majority.

“I don’t trust Boris Johnson,” she said about the Prime Minister. “He has lied upon lied and that is not a good example to our children, to say if you lie enough you can become Prime Minister.”

While this may not serve as her official declaration or announcement for a campaign, it seems likely that the trans & genderfluid 58-year-old will embark on one soon.

This is not Izzard’s first time expressing interests in politics. She announced her intention to venture into the political arena first in 2017.

“The plan was always to run in 2020, though Theresa May has changed that with her failed power grab. So now it’s the first general election after 2020,” Izzard said in a profile published by the Guardian at the time.

“I would [quit entertainment for politics]. It’s like [actress turned politician] Glenda Jackson; she gave up acting for 25 years to concentrate on it, then she turns up back as King Lear.”

But now, Izzard is even more motivated due to the coronavirus pandemic and how changed our society has become. “In the time of COVID, we must learn from each other, we must reach out, not have this separate thing. A fair chance in life should be the right of every person in the world.”

Ten trans and non-binary people ran for Parliament in the U.K. during the last general election that was held in 2019, but none won election.

Izzard has identified as both transgender and genderfluid since at least 2016, when she said she is “somewhat boy-ish and somewhat girl-ish. I identify [with] both but I fancy women.”

She has also said that she uses the term “transgender” as an “umbrella term” and has called herself “a lesbian trapped in a man’s body” several decades before she said she was genderfluid.

In 2017, she told The Hollywood Reporter, “I am essentially transgender.”

“I have boy mode and girl mode. I do feel I have boy genetics and girl genetics.”

Izzard followed up that declaration at the end of 2020 by deciding to maintain her “girl mode.” She is now referred to with she/her pronouns starting with an appearance on the reality series Portrait Artist Of The Year with host Stephen Mangan.

When asked why she wanted to appear on the series, she said: “I try to do things that I think are interesting. This is the first program I’ve asked if I can be ‘she’ and ‘her’ – this is a little transition period.”

“Well, it feels great because people assume that,” she continued, “they just know me from before, but I’m genderfluid. I just want to be based in girl mode from now on.” 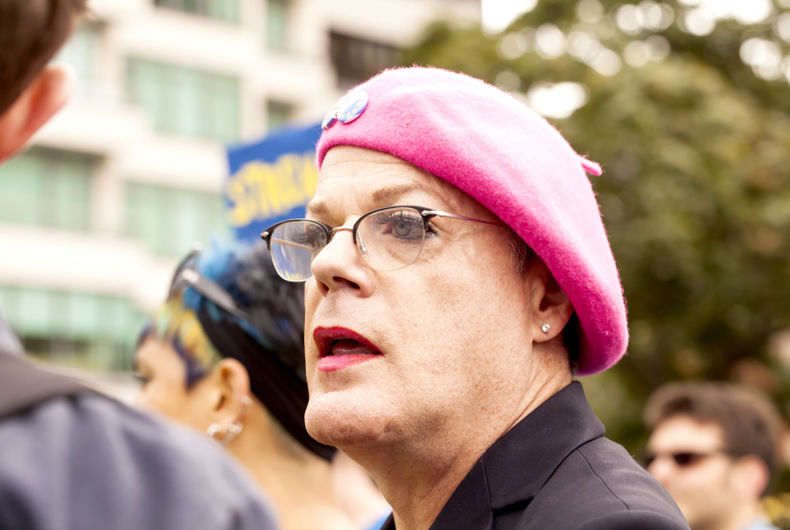 Eddie Izzard at the March for Europe on September 3, 2016 in London.Photo: Ms Jane Campbell / Shutterstock Comedian and activist Eddie Izzard opened up…