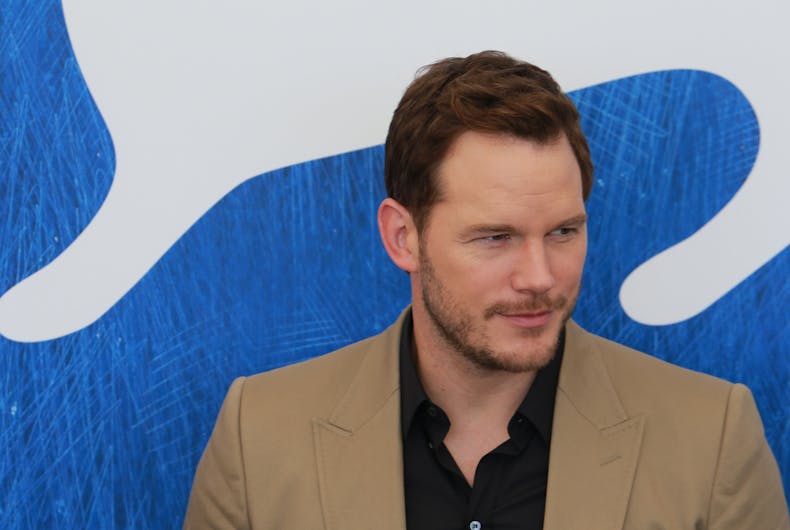 Actor Chris Pratt loves to talk about his cool “hipster” megachurch, Hillsong. What he doesn’t like to talk about it the anti-LGBTQ stances the church has taken and its long history of support for “ex-gay” conversion therapy.

Pratt recently appeared on the Late Show and gabbed about his religious beliefs with host Stephen Colbert. But when the Hollywood Reporter tweeted a link to a fluff story on the segment, Page responded with a quick suggestion.

“Oh. K. Um,” she tweeted. “But his church is infamously anti lgbtq so maybe address that too?”

The Australian Pentecostal megachurch has become an evangelical powerhouse with congregations worldwide. The church’s professional choir has over a million followers on Instagram alone and brings in about $100 million a year for the church.

“Hillsong Church welcomes ALL people but does not affirm all lifestyles,” church founder Brian Houston wrote in a blog post on the church’s website. “Put clearly, we do not affirm a gay lifestyle and because of this we do not knowingly have actively gay people in positions of leadership, either paid or unpaid.”

“Gay people need to know that when they go to Hillsong, they have to go to the back of the bus.” one gay former congregant told The Daily Beast. “Hillsong is hip and attractive and contemporary, but there’s certainly nothing contemporary about what LGBT people will face if they want to be a leader in the church or offer themselves up for service. That’s something [Hillsong] will have to be upfront with, and they haven’t been so far.”

Houston has said the church doesn’t try to “fix” gay members any longer.

“They feel like ‘maybe I’m gay’ and they go to a youth leader and they are rejected,” Brian he in a 2013 sermon. “At that moment a great hatred comes in. At that moment some of them have gone so far with the rejection and gone to parents who didn’t understand and ended up committing suicide. That’s the weight we live with.”

“I can’t worship at a church knowing that I am not fully accepted and considered equal to all those around me. Surrounded by people that might love me as a person but do not accept me as being gay; instead tolerate me,” he said.

“People who might tell me that being gay is okay, but on the inside are praying for me to let Jesus move in my life and change me. People who don’t recognise that any relationship that I have with a man is part of God’s plan and that it would be full of love, equal to any other.”

Chris PrattPhoto: Shutterstock The Marvel Comics character Peter Quill has just been revealed to be bisexual. Will Chris Pratt – the actor who famously attends…