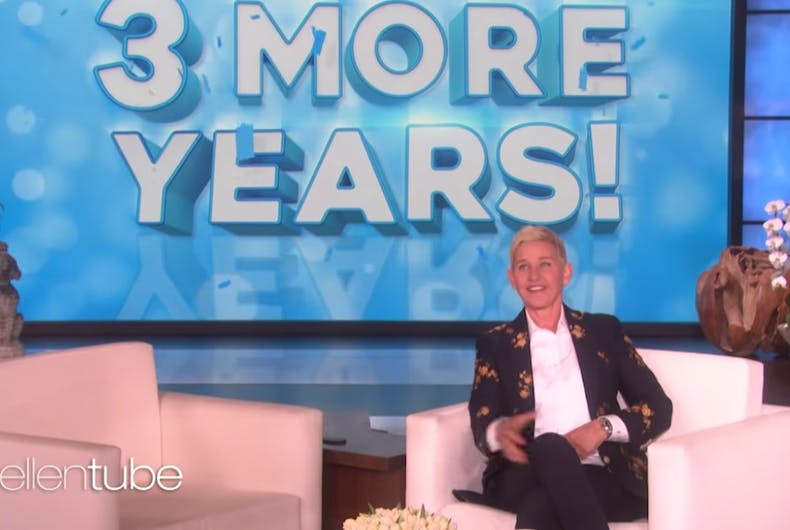 Ellen announced that her show has been renewed for another three years. On The Ellen Degeneres Show yesterday, Ellen said that she has been doing her daytime talkshow for 16 years now, or 3000 episodes.

“I don’t remember them but I’m told it was enjoyable,” she quipped.

She said that her show is like a relationship and sometimes you need to take a break after 16 years.

Related: Yep, Ellen came out 20 years ago — and changed the world

“But I don’t, you’re stuck with me, because I just signed for three more years,” Ellen said as the audience cheered.

She then played a clip from Game of Thrones that really cemented the announcement.

Ellen has been openly discussing ending her show this past year, saying that she was ready to move on to something else.

She talked with the New York Times about her ambivalence this past December while promoting her comedy special Relatable.

“The talk show is me, but I’m also playing a character of a talk-show host,” Ellen said at the time. “There’s a tiny, tiny bit of difference.”