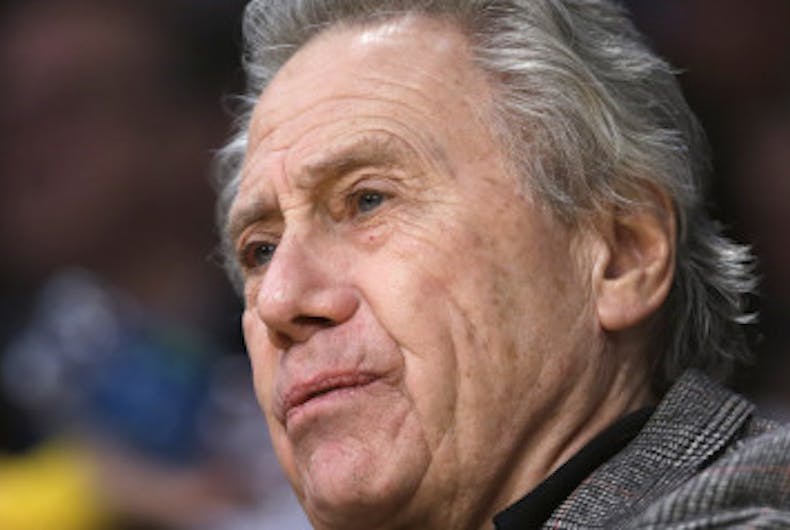 That he’s a right-winger is not news. But his response showed just how far into the alternate universe created by rightwing media Anschutz lives:

Recent claims published in the media that I am anti-LGBTQ are nothing more than fake news — it is all garbage. I unequivocally support the rights of all people without regard to sexual orientation. We are fortunate to employ a wealth of diverse individuals throughout our family of companies, all of whom are important to us — the only criteria on which they are judged is the quality of their job performance; we do not tolerate discrimination in any form.

So… he doesn’t deny giving money to these organizations.

But what I want to focus on is the use of the term “fake news” in the first sentence. That term has been used a lot in the last few months, and was created to describe news that is a total fabrication. BuzzFeed says “fake news” is “false news stories” from “either fake news websites that only publish hoaxes or from hyper-partisan websites that present themselves as publishing real news.”

But right-wing media has been using “fake news” to refer to any news report that they don’t like. Media Matters has a few examples:

Fringe right-wing conspiracy site Infowars.com declared that “The mainstream media is the primary source of the most harmful, most inaccurate news ever,” and included outlets such as The New York Times, The Washington Post, CNN, ABC News, CBS News, and Politico (and Media Matters, for good measure) on their “full list of fake news outlets.” Fox contributor Newt Gingrich lamented the Times’ reporting on the fake news phenomenon, arguing,“The idea of The New York Times being worried about fake news is really weird. The New York Times is fake news.” Conservative radio host Laura Ingraham — a contender for Trump’s press secretary — lashed out at CNN while appearing on Fox News’ Hannity, stating “the folks over at CNN” and “the kind of little games they’re playing are so transparent … they’re the fake news organizations.”

The purpose is to ensure that folks living in the right-wing media bubble won’t listen to the truth even if they happen to hear it.

Over the past few decades, the right has gone beyond having a different opinion and moved to having its own set of facts, mainly because it’s hard to convince anyone but the most heartless people that its policy preferences are good if people understand how the world actually works. Part of this process has involved telling its followers not to listen to real media organizations.

But the strategy is deeper than simply accusing the NY Times and CNN of constantly lying – not enough people would believe such a ridiculous statement. Instead, the goal is to make conservatives understand that good conservatives don’t listen to those organizations because they’re not presenting all the facts, and that they’re cherry-picking facts because they’re liberally biased. The Stephen Colbert joke that “reality has a well-known liberal bias” had some truth to it, and it means that any neutral-reporting is going to appear biased to conservatives.

So while a CNN story might appear to show something that makes a conservative policy preference seem bad, a good conservative reader knows that there are facts being kept out of that story that would show that the opposite is really true. They don’t have to know what those facts are (although, given enough time, a right-wing media outlet will make them up), they just have to be sure that they exist. And who has the time to look for those facts? That’s all it takes to get them to ignore that report and safely keep their minds in the right-wing bubble.

This is what Anschutz is referring to. He is accused of giving money to hate groups, and he doesn’t deny it. But why should he? He, like most conservatives, assumes that their bubble actually represents how most people think, so clearly just calling the report “fake news” will get the average person to ignore the truth!

Hasn’t everyone been trained to think like a right-winger?

Philip AnschutzPhoto: AP Photo/Reed Saxon Philip Anschutz, owner of AEG, the company that puts on the annual Coachella festival, has given money to anti-LGBTQ organizations for…