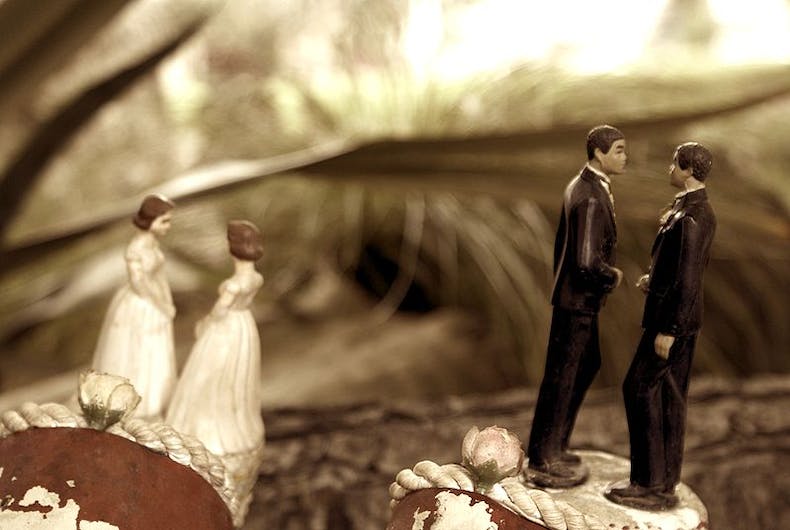 HELSINKI (AP) — Finnish lawmakers on Friday rejected a petition from more than 100,000 people demanding the repeal of a law allowing same-sex marriage that takes effect on March 1.

The petition was considered a last-minute attempt to revoke the law that made Finland the last Nordic country to allow gays to wed.

In Friday’s 120-48 vote with two abstentions and 29 absentees, Finland’s Parliament rejected a public petition demanding that marriage remains “a genuinely egalitarian union between man and woman” and calling for “repealing the gender-neutral marriage law.”

In Finland, any petition with at least 50,000 signatures is automatically considered by Parliament.

Those backing the petition were the populist Finns Party, a member of the country’s three-party, center-right Cabinet, and the opposition Christian Democrats. The plea argued that a child was entitled to have both a mother and a father, and an earlier law allowing registered partnership was sufficient.

The petition was discussed in Parliament’s legal affairs committee on Tuesday and a rejection was recommended because “consistency, stability and predictability must be pursued when Parliament passes legislation, particularly when the legislation comes to important legal institutions as marriage.”

The Eduskunta assembly then rejected the petition.

“Once again we see harassment in the name of government cooperation although it is less than two weeks to the day when people have booked wedding venues” and are looking forward to “the happiest day in life,” opposition lawmaker Emma Kari told Finnish broadcaster YLE.

Although same-sex couples have been able to live in officially registered partnerships in Finland since 2002, it wasn’t until 2014 that Finland decided to approve same-sex marriage, giving couples rights to share a surname and to adopt children.

Jan M. Olsen in Copenhagen contributed to this report.