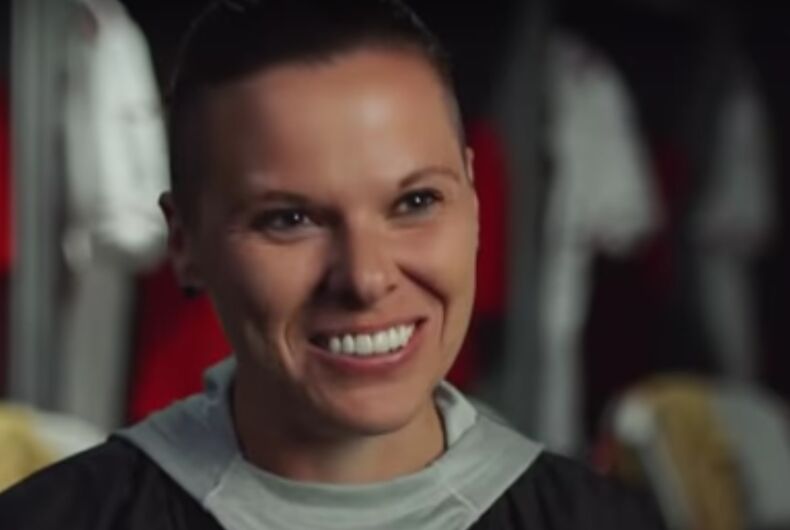 Katie Sowers, the first openly LGBTQ person and the first woman coach to participate in a Super Bowl, has spoken out again about the recent efforts to ban trans people from participating in sports across the country.

She deconstructed arguments in support of such bans that are under the guise of protecting fairness in women’s sports competition. She first pointed out that sports are more than wins and losses, but also adding that people “need to start with the real, documented problems that women face” if they wish to address such concerns.

Related: Jazz Jennings felt “excluded” when she was banned from soccer at age 8

Sowers signed on to an amicus brief along with nearly 175 other athletes and sports professionals last year, expressing their support for overturning a law passed in Idaho in 2020 that bans trans girls and women from participating in sports as their gender identity.

The brief was filed in support of the plaintiffs in Hecox v. Little, a lawsuit brought by the ACLU and Boise State University athlete Lindsay Hecox, who is transgender, against Idaho Gov. Brad Little (R) to overturn the law.

Sowers appeared on the NBC News Now morning program this week, explaining why she believes trans people should be allowed to participate in sports.

“I got involved because sports has changed my life,” she said. “It’s not because of the wins or the losses, or the gold medals that I won. It was this ability and opportunity to work with so many different people…

“That’s an opportunity that everyone deserves.”

Trans youth will “not only better themselves as people, but as leaders and as members of this community,” Sowers argued, “something that we all should strive” to provide.

“We need to listen to the leaders who publicly stand up for these athletes. If we want to spend our energy on this idea of ‘fairness’, I think we need to start with the real, documented problems that women face — the lower salaries, the fewer sponsorships, the lack of media attention — not focusing our energy on this limiting of opportunities for more young women.”

She believes that, when possible, the federal government should step in to protect trans people’s rights. The White House has recently made clear that President Joe Biden believes laws banning trans youth from sports and other anti-trans legislation is illegal under federal law.

“I think that we are moving in the way of progress. If you are not with this movement, then in my opinion, you are not on the right side of history,” Sowers implores.

Sowers was asked what her message would be to the legislators outside of Idaho considering anti-trans proposals.

“My message would be, ‘first of all, what is your goal?’” she said. “The opportunity that sports presents is not about who wins and who loses… and often times, these trans athletes, they just want to participate because of every different type of advantage that sports brings, in the way that it grows us.”

Idaho’s law is currently unenforceable due to a federal court injunction while proceedings in the lawsuit move forward. But it has set the path for several other states, and congressional lawmakers such as former Rep. Tulsi Gabbard (D-HI) and former Sen. Kelly Loeffler (R-GA), to try to enact similar legislation on the federal and state level.

Sowers, 34, played in the Women’s Football Alliance for the West Michigan Mayhem and the Kansas City Titans, before retiring in 2016 due to a hip injury. Upon her retirement, she got an internship with the Atlanta Falcons before moving to the San Francisco 49ers in 2017.

She was only the second woman to coach in the NFL, and the very first out coach, when she became an assistant offensive coach to the 49ers. In her third season with the team, the 49ers went to the Super Bowl. She left the team in January following the 2020-21 season.

Before Sowers became famous as a football coach, she offered to coach the women’s basketball team at Goshen College, a private religious school in Indiana. Her offer was declined because she is gay. 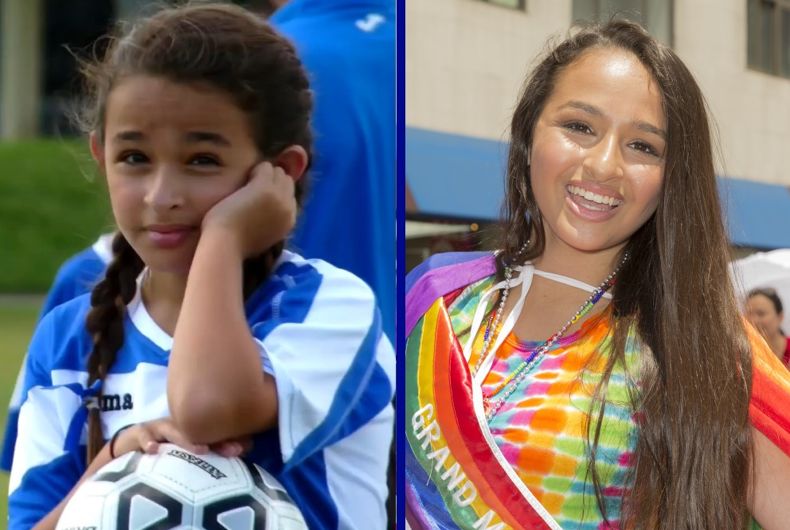