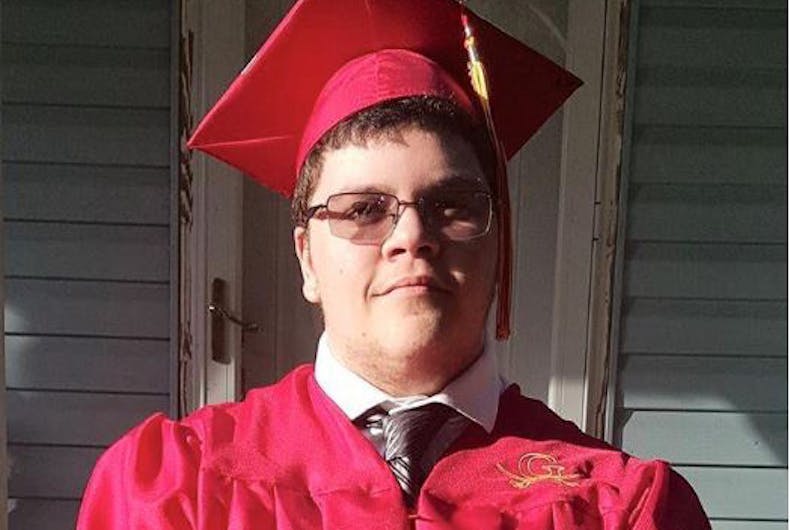 The Virginia transgender teenager fighting for his right to use the boy’s bathroom  — now a high school graduate — announced on Facebook he now has a court date to challenge the district’s discriminatory policy.

On September 12th, the U.S. Court of Appeals for the Fourth Circuit will hear oral arguments in Grimm’s lawsuit against the Gloucester County School Board, aided by attorneys by the American Civil Liberties Union. An ACLU spokesperson said Grimm is also busy looking into his options to attend a community college.

“Update on my case! The 4th Circuit has announced the date for oral arguments: September 12. #crossyourfingers #StandWithGavin,” he wrote in his social media post, sharing an article from MetroWeekly.

According to that report, the court will first consider whether to dismiss Grimm’s lawsuit on the basis that, as a former student, he no longer is experiencing any “injury.” The court will also hear arguments revolving around whether Grimm should have a right to sue for sex discrimination under Title IX of the Education Amendments Act of 1972.

That matter was supposed to be taken up by the U.S. Supreme Court this past Spring, but the case was sent back to the lower court after the Trump administration rescinded Obama-era protections for transgender students. Lawyers had attempted to convince the 4th District panel to hear the case before Grimm graduated but the request was denied in April.

Grimm and his lawyers argue that his case remains relevant, as other trans kids will be subjected to the discriminatory policy adopted by the Gloucester County School Board if it is left in place, and argued in a May brief filed with the court that Grimm would be subjected to an illegal school board policy barring him from using the boys’ bathroom when visiting the school as an alumnus.

In addition, his ACLU lawyers argue the policy violates not only his Fourteenth Amendment rights — a claim that a lower federal court has not yet ruled upon — but his rights under Title IX of the Civil Rights Act. Barring a person from a publicly-shared space because of his or her gender identity, they contend, constitutes sex discrimination under the statute, because that person is being discriminated against based upon his or her failure to adhere to sex stereotypes and gender norms.

Grimm recently took part in a Tumblr version of “Ask Me Anything,” in which he shared that learned that his favorite band is Arcade Fire, his favorite Harry Potter character is Ron Weasley and that the best thing that’s happened to him since coming out is how much he has grown.

“I would have to say that my growth as a person through my experiences has been the best thing that has happened to me since I came out. I have been exposed to so many narratives and worldviews that i previously wasn’t familiar with, and am a better person for it,” he wrote in the Action blog.

And as Teen Vogue reported, he shared some insight into the struggles he’s had as a transgender boy, now a young man.

“It’s very difficult to find a space to be yourself and feel valued when you are different from the ‘norm,’” Gavin wrote. “I grew up being a bullied kid, and I found respite in a small group of close friends that i developed over time. Self love is also a wonderful armor, but it can be very hard to build up. To any bullied kid (or adult) out there– try to build some of that armor up.” 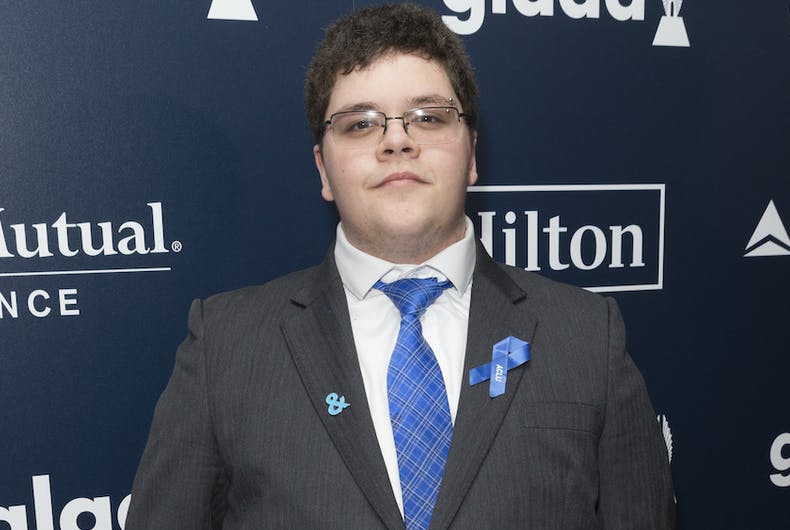 Gavin GrimmPhoto: Shutterstock A federal court ruled in favor of a transgender man suing his former school district for discrimination even after the Trump administration…

Cancel reply
Gavin Grimm will finally have his day in court